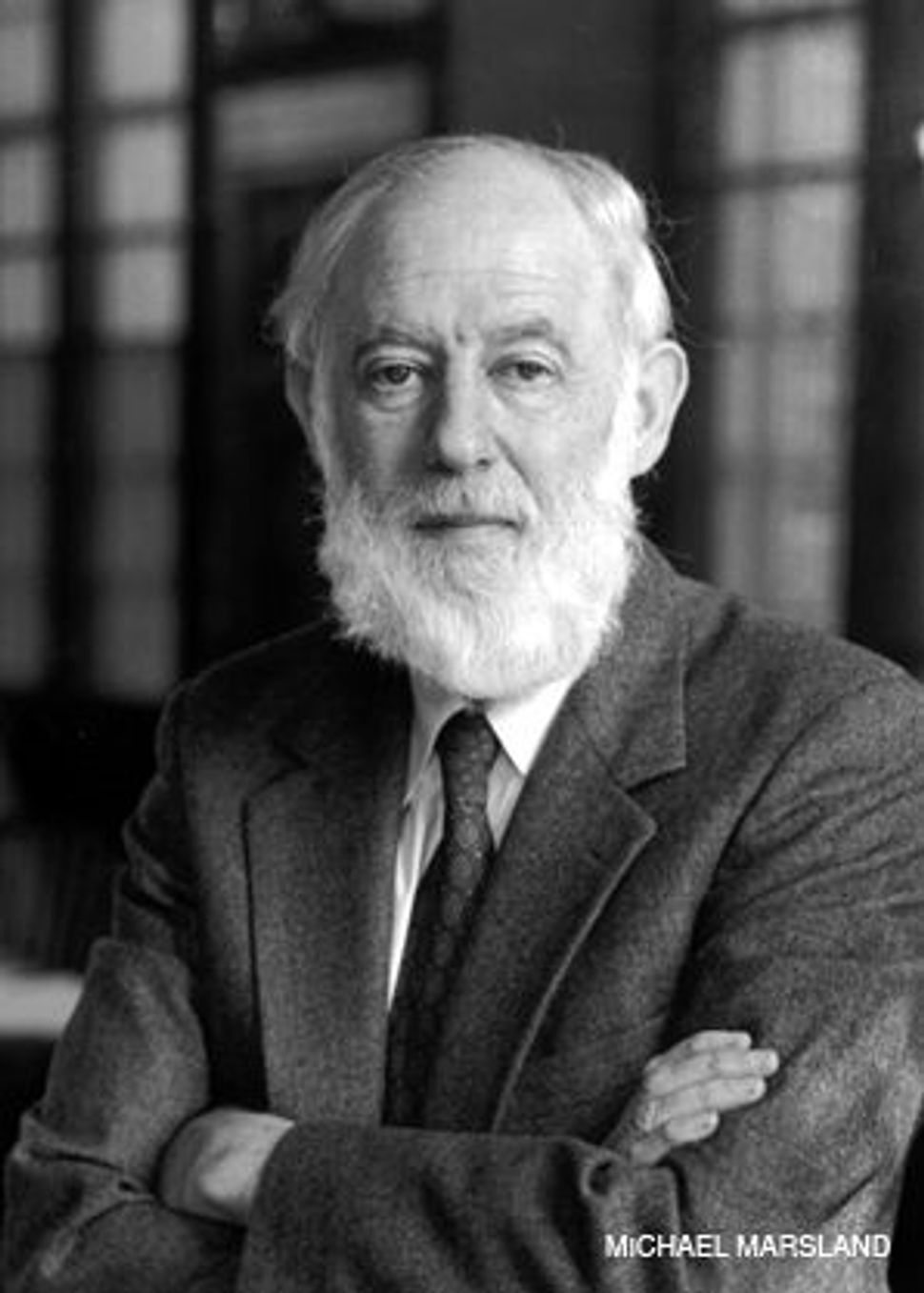 RECONSTRUCTION: In his new memoir, critic Geoffrey Hartman, a pioneer in the field of deconstruction, pieces together the world of his youth.

A Scholar’s Tale: Intellectual Journey of a Displaced Child of Europe 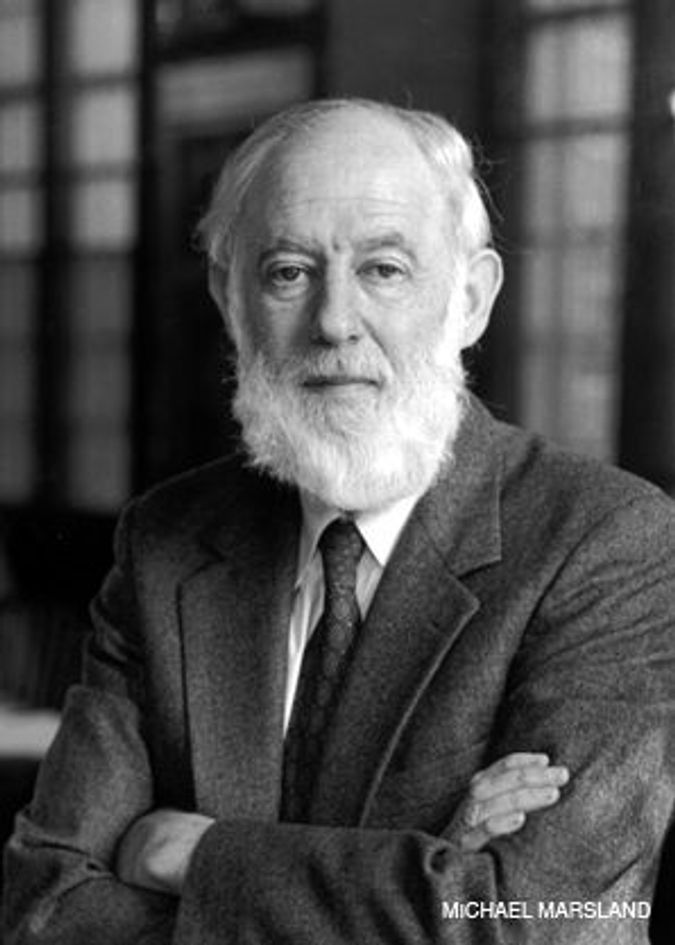 RECONSTRUCTION: In his new memoir, critic Geoffrey Hartman, a pioneer in the field of deconstruction, pieces together the world of his youth.

Memoirs of displacement often trace shadows cast by the world departed onto the world gained. In his new autobiography, literary theorist Geoffrey Hartman outlines in just this way the lasting effects on his life of the violent upheavals of the 20th century.

Hartman, born in Frankfurt, tells how he was rescued from Germany in 1939, at age 9, on a Kindertransport to the James Rothschild estate in England. To comfort himself in the alien environs, he began “to read for the wound,” and indulged in a “monkish ecstasy of reading everything.”

After rejoining his mother in America, Hartman eventually reached Yale University, where he would teach literature and preach deconstruction for almost 40 years, and where he would develop the friendships with Erich Auerbach, Harold Bloom, Jacques Derrida and Paul de Man that he sketches in the book. But even as he wrote on Wordsworth and the Romantic poets, and introduced French theory and its German sources to American readers, the past’s darker silhouettes imposed themselves onto the present. “The shadow of the Holocaust often waylays me,” Hartman writes.

On one level, Hartman’s early escape from fascism shaped his view of literary criticism itself, an art he calls “reading to the second power,” and an art that he suggests carries a humanizing force. Thus Hartman suspects that his investigation of the history of literary theory expressed the hope “that there would be some exit from history’s serial bloodiness back to the more durable republic of the arts.” He treated works of literature as if they, too, had survived; after the genocidal disruption of an entire culture, he felt the strong impulse to preserve them in all their multiplicity. He keenly sensed the contrast between what he calls literary criticism’s “rich, ungovernable variorum of interpretations” and the Nazis’ attempt to “cleanse” German culture.

On a deeper level, however, this memoir maps the ways early displacement lent Hartman his preoccupation with mediation. It is not only that he saw texts themselves as mediating between the Medusa of historical reality and himself (he talks here about “the paralyzing effect of confronting experience in its immediacy”); he also came to understand himself as a mediator — between Anglo-American and Continental modes of criticism, between specialized literary critics and the general reader and, most profoundly, between his literary self and his Jewish self.

As he recounts here, in the 1980s, late in his career, Hartman softened the hard lines of the abstruse deconstruction to which he had earlier dedicated himself, making an autodidactic turn toward Jewish texts and memory. He had already devoted his only book of poetry to the sage Rabbi Akiva, seeking “to thread and unthread the tangled ties of poetry and divinity,” as he puts it. But now he helped found Jewish studies at Yale, as well as the university’s Fortunoff Video Archive for Holocaust Testimonies, the first major collection of its kind. Hartman began to bring his scholarly attention to bear on Holocaust studies (as in his 1996 book, “The Longest Shadow” [Indiana University Press]).

Inspired by the Jewish idea that Scripture bears an infinite capacity for interpretation, Hartman also enjoyed a belated acquisition of the pleasures of midrash, and the wordplays, interpretive freedoms and daring leaps of exegesis that mark rabbinic reading. “Midrash showed that commentary could be a form of literature,” he writes.

This “Jewish turn” seems to have been set in motion by several impulses. First among them was the influence of Hartman’s wife, who had been deported at age 10 to Bergen-Belsen.

More interestingly, Hartman’s turn arrived after he rushed to the defense of de Man, following the scandalous revelations that his colleague had contributed to a Belgian collaborationist and antisemitic newspaper during World War II. Recalling the episode in this memoir, Hartman’s characteristic density and elusiveness of style spill over into equivocation. He repudiates de Man’s “coarse ideology,” but considers “the reaction of the mass media in the States historically naive and exploitative…. Unable to defeat deconstruction intellectually, its American opponents used the Holocaust cudgel against it.” In this instance, Hartman’s indeterminacy of vision has served him poorly. And perhaps Hartman himself sensed this when he was subsequently moved to shed light on the very subject his friend had shamefully obscured.

Most of all, however, Hartman’s turn is revealed here to be a return, a circling back to origins. At its best, Hartman’s unsentimental tale plots a fascinating course through a critic’s mind. That the resulting map, for all its complex contours and fine shadings, emanates from a single reference point — the early injury of dislocation — makes it all the more poignant.

Benjamin Balint is a writer living in Jerusalem.