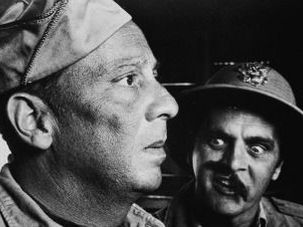 'Catch-22' Still Saner Than Ever

Joseph Heller is rarely listed among the most important Jewish novelists. Yet there is little in his masterpiece that is not informed by his Jewish roots.

You Can Take the Jew Out of Jewish... But You Probably Wouldn’t

What is the difference between saying that “so-and-so is a Jew” and that “so-and-so is Jewish?”An admittedly unscientific poll I took recently among 18 acquaintances reached a unanimous verdict; they always spoke of themselves as Jewish, not as Jews. Would “Jew” in the same context, they were then asked, be wrong or pejorative? Again a consensus: “No, but….”