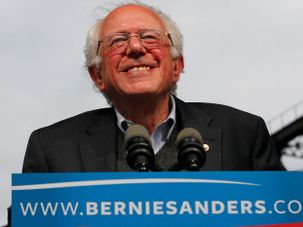 My grandfather would have loved Bernie Sanders. Now, my children are taking up his cause.

It’s finally here: a synagogue in New York City for people who summer in the Hamptons.Thirteen years ago in Westhampton, Rabbi Marc Schneier founded the Hampton Synagogue, a spiritual center for urbanites nestled in the well-to-do wilds of Long Island for the summer season. In what seemed like a New York minute, the synagogue became a magnet for

A French archbishop in a synagogue, wearing a yarmulke, drinking kosher wine and singing the praises of the Torah? Believe it. It happened at an unusual book party earlier this month at France’s oldest synagogue in Carpentras. Jules Farber, an American Jewish journalist who has lived in the south of France since 1997, presented Monsignor