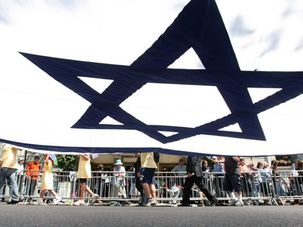 An ardently pro-Israel Catholic friend regularly takes out his frustration on me. He demands to know why American Jews aren’t outraged at President Obama for his chilliness to the Jewish state, why, when it comes to the existential dangers facing Israel, most Jews don’t seem to “get it.”

In Scandals, a Wake-Up Call for Orthodoxy

For all its outward vigor, the Orthodox community, which is my own, appears to harbor a sickness. You don’t have to be an ideological critic of traditional Judaism to wonder if the cause should be sought in Orthodoxy itself.

Breaking the Cease-Fire Between Science and Religion

What is portrayed as the debate between religion and science feels increasingly like watching the very bitter dissolution of a doomed marriage. The relationship started out all roses and kisses, proceeded to doubts and regrets, then fights and silences, a mutually agreed separation, and finally to curses and maledictions: “I wish you were dead!”

With its roots ostensibly in seasonal farming routines, the Jewish ritual of counting the Omer between Passover and Shavuot doesn’t at first seem ripe with contemporary significance. But I often remember Rabbi David Lapin’s comment that he is surprised at how previous generations found as much meaning in Jewish observances as they did, when the real importance of some of those practices became apparent only much later.

For Conservatives, Exile and Reformation

Following Barack Obama’s victory, political conservatives are suffering a crisis that could be called psychological but is better described as spiritual. The mood is one of depression, despair, panic.

Why We Fear Sarah Palin

A friend of mine in the media covered the Republican National Convention and brought me back a souvenir: a navy blue yarmulke with “McCain ’08” printed on it in English and Hebrew. I guess there wasn’t time for the campaign to make them up with Sarah Palin’s name, too, which is a shame. With all the disquiet she has evoked in the Jewish community, that would be a collector’s item.

I’d Rather Fight Than Switch

Farewell, Forward readers. Owing to the tolerant and genuinely pluralistic editorship of J.J. Goldberg and Oren Rawls, I’ve had the privilege these past five years of speaking to this newspaper’s mostly liberal readership. I have done my best to articulate a religiously and politically conservative worldview rarely heard in the Jewish community.

Plagued by the Widespread Virus of Doubt

Have You Asked Yourself What Judaism Is Really About?

Christianity has an image problem, and Christians ought to pay earnest attention to it rather than dismissing it as the product of media bias. That’s the message of a new book that should be of interest to Jews, because it shows the kind of questions that Christians have started asking themselves — questions that we Jews don’t seem to be asking ourselves. Yet we, too, have an image problem.

Will Mike Huckabee Face Up to His Views on Evolution?

Mike Huckabee may very well win the Republican caucus in Iowa on January 3, but he will not be elected president next November. I say this based partly on my own subjective response as a Religious Right voter who appreciates the challenge the ex-governor and evangelical pastor poses to the rest of this campaign’s disappointing field of Republican hopefuls.