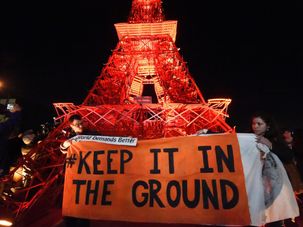 On the discussion of climate change, Jewish law is unambiguous a when life might be at risk: You are obligated to “err” in the direction of caution.

Leavened or Unleavened: A History

Everyone knows that food is a serious part of the Passover Seder. But very few people take Seder food seriously. Though everyone who attends a Seder is aware that certain foods are central to the Seder ritual, and most — at least by the end of the Seder — will be aware of the conventional interpretations attached to the Seder’s “symbolic” foods, few people see the food symbols as more than “mere” symbols. That is to say, they fail to appreciate fully the potential expressive power of the foods. This is unfortunate, for the foods communicate far more than we might imagine.

Not a ‘Happy New Year’

In the experience of most Jews, at least in the United States, Rosh Hashanah is an occasion of relative joy. It is a time when they put on their best and even new garb, families gather for abundant, festive meals and fellow congregants greet one another with a hearty “Happy New Year!” either in English, Hebrew (“Shanah tovah”), Yiddish (“Gut yontif”) or some combination of the above. By contrast, Yom Kippur is a time of great solemnity, marked not just by fasting and deprivation but also by lowered voices and lowered glances. It is a time — or so we imagine — when we should stand in fear and trembling before our Maker.

Halacha (Jewish law and practice) doesn’t ordinarily care about its own interpretations. So long as the Jew does what he or she is supposed to do, the system doesn’t care why he does it or how she understands what she does. For this reason, the great codes of Jewish law describe what is required of the Jew with little

The Logic of Impurity

The ritual of the Red Heifer is one of the most mysterious rituals in the entire Torah. (I have no doubt that this first sentence has been written many times before, but the ritual is so mysterious — so contrary to “logic” — that it is virtually impossible to write about it without commenting on its mystery at the