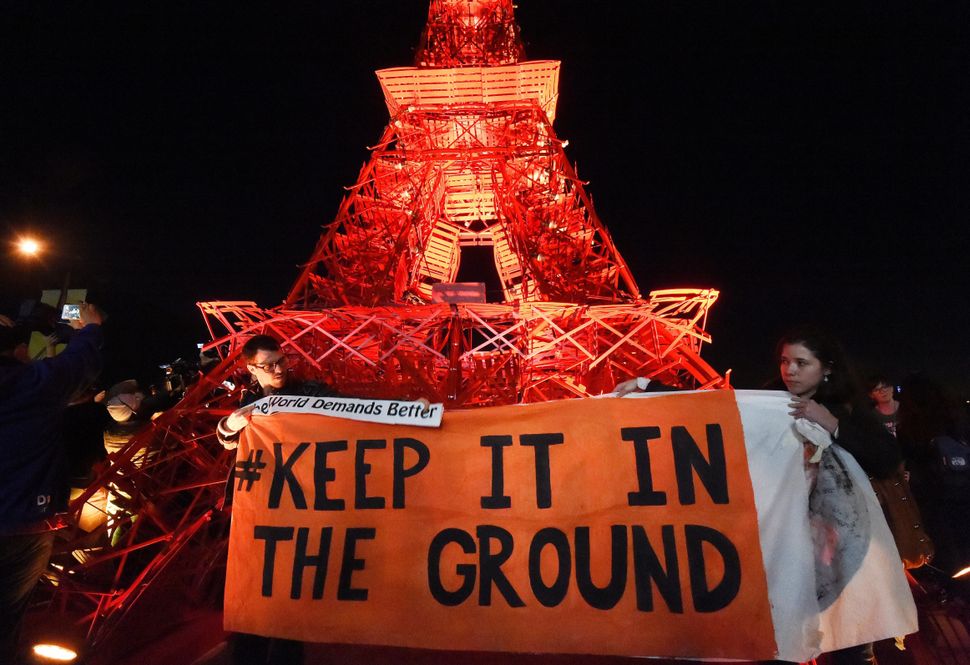 The Trump administration’s decision to withdraw from the Paris climate agreement has demanded that we all ask ourselves where we stand on questions of climate change, global warming and our collective responsibility for the planet we call home.

That the earth has been warming in recent years is indisputable. At issue are the causes of this warming and its consequences.

The vast majority of scientists agree that human activities are a significant contributor to global warming, and that the consequences will be significant and even catastrophic. If average global temperatures rise just a little further, not only will vast populations be “inconvenienced,” but environments will shift, food supplies will be disrupted, severe weather events will be more common, animal species will be eradicated and more — all at a rate unprecedented in human history.

In other words, this is not merely a matter of principle. If scientists are right, this is a matter of life and death for potentially large numbers of creatures, including humans. Matters of life and death are central to the concerns of Jewish thought and religion. So we Jews must ask: What do Jewish teachings demand of us in the matter of global warming?

From a Jewish perspective, it makes no difference that there are those, including a small number of scientists, who dispute the science and therefore that the conclusions are the source of alarm. Because global warming might lead to human deaths, it falls into the category of “safek nefashot,” or occasions when human life might be at risk. And Jewish law is unambiguous when life might be at risk: You are obligated to “err” in the direction of caution.

One might respond that the Yom Kippur case pertains to someone who is already alive, while the concern for global warming extends to those who will live (and die) in the future. But Judaism is also clear in insisting that our obligations extend not only to those who live today, but also to future generations. As Moses, speaking for God, says in Deuteronomy 29:13-14: “I make this covenant … not with you alone, but both with those who are standing here with us this day before the Lord our God and with those who are not with us this day.” The covenant, with its obligations to save lives, is a “generation to generation” covenant.

Finally, our obligation as Jews extends not just to our own species but to the world as a whole and to all of God’s creatures within it. Psalms declares that “the earth and its fullness are the Lord’s” (24:1). We are, as Leviticus announces, mere “resident-aliens” (25:23) on the land. But doesn’t Psalms (115:16) also teach that “the heavens belong to the Lord while He gave the earth to the children of men”? Yes, says the Talmud, but only after we take responsibility for the earth by recognizing its creator and following the creator’s commandments to care for it (see Berakhot 35a–b). The earth is not ours to exploit — let alone to destroy — at will. It is ours only if we are good stewards. As Genesis 2:15 says, we are placed in this “garden” of ours “to work it and to guard it.”

It would be unfair to say that Judaism requires us to stay in the Paris climate agreement; biblical and rabbinic prescriptions are not simplistically translatable into the details of 21st-century policy. But Judaism does require us to pursue the goals of the Paris accords and even more. The fact that questions remain does not change this conclusion. In the view of Judaism, the survival of the earth and its creatures is our responsibility.

David Kraemer is the Joseph J. and Dora Abbell Librarian and Professor of Talmud and Rabbinics at the Jewish Theological Seminary.