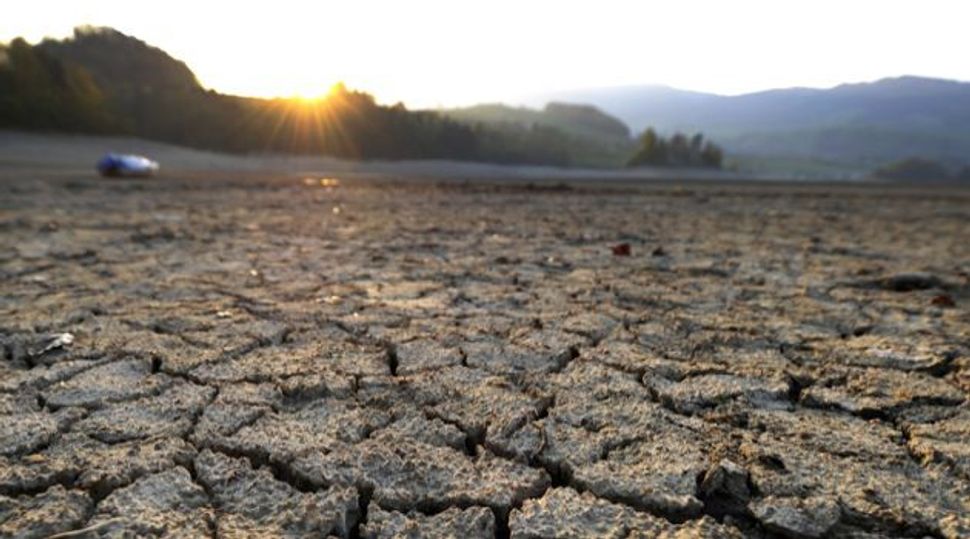 If nothing else, Donald Trump accomplished at least one big thing by withdrawing from the Paris Climate Accord. He gave the world the clearest possible demonstration of something Republicans have been aggressively proclaiming for years: American exceptionalism.

With Trump’s June 1 announcement in the White House Rose Garden, the United States officially stands alone among the world’s industrial powers in dismissing the collective threat of climate change, willfully blind to the elementary truths of science, magnificently obtuse in the face of looming worldwide catastrophe. We’ve shown the world that we alone have the power to put the fate of the planet and its inhabitants in the hands of an ignorant, petulant child-man.

Not entirely alone, of course. We join two other countries, Syria and Nicaragua, to form a hardy little band of three that refuse to join the climate accord, defying the other 192 nations of the world. As our odd ménage a trois became apparent, numerous commentators were suggesting that America has put itself in unfamiliar and unseemly company.

But that suggestion underestimates the depth of America’s exceptionalism. After all, the Paris withdrawal isn’t the first time we’ve joined forces with unsavory outliers to defy a global consensus. Lest we forget, we are one of just three nations that have refused to ratify the United Nations Convention on the Rights of the Child, alongside Somalia and South Sudan. In case you’re wondering, this is primarily due to opposition from America’s religious right who object to the treaty’s language criticizing corporal punishment.

There’s more: We’re one of just four nations, together with Swaziland, Lesotho and Papua New Guinea, that don’t promise paid maternity leave to mothers of newborns. We’re one of seven nations that have refused to ratify the U.N. Convention on Elimination of All Forms of Discrimination against Women, alongside Iran, Saudi Arabia, Somalia, Sudan, Tonga, Palau and the Vatican. We’re one of 13 nations that reject the U.N. Convention on the Law of the Sea, together with Iran, North Korea, Libya, El Salvador and a few others, including landlocked Afghanistan and Rwanda.

Still more: It took us fully 40 years to overcome Republican opposition in the Senate and join the civilized world in ratifying the U.N. Genocide Convention of 1948. We rank seventh in the world in executions of prisoners, trailing China, Iran, Saudi Arabia, Iraq, Pakistan and Egypt, but outstripping Somalia, Bangladesh and Afghanistan. We’ve refused for decades to ratify the landmark U.N. Convention on Economic, Social and Cultural Rights, which translates the historic 1948 Universal Declaration on Human Rights into legal standards. Our objection is mainly to the convention’s definition of fundamental human rights as including, among others, “a decent living,” “adequate food, clothing and housing” and the right to form and join unions.

And, of course, we’re the only advanced industrial economy that doesn’t guarantee universal health coverage as a right.

Our tradition of American exceptionalism is strong and not always proud. Still, what happened in the Rose Garden on June 1 charts new territory. Up until now, America’s defiance of international agreements has mainly affected the welfare of Americans — unprotected children, harried new mothers, the infirm and untreated. Quitting the Paris Climate Accord endangers the planet.

It’s all too easy to lose sight of that fact. Warnings about the end of the world have a bad reputation in our society, and rightly so. They’ve always been seen as an expression of paranoid delusion. Accordingly, discussions of the climate crisis have tended to focus on a particular aspect, mostly rising sea levels or increasingly frequent droughts. Talking about global catastrophe tends to prompt chuckles from listeners and abashed apologies from speakers.

The accepted alternative is to offer a long list of outcomes that are anticipated — or, increasingly, already evident: from superstorms, melting glaciers and crop disasters to threatened polar bears and collapsing seaside homes. These tend to get long and confusing and end up having little impact on the public.

The truth is that the implications of climate change on the earth and its species, including our own, are confounding and complex, leaving the average citizen bewildered and frequently suspicious. What’s more, the full impact of global warming will be felt only generations from now. It’s hard to absorb the fact that stopping the catastrophe that’s coming in two centuries requires concerted action now — if it’s not already too late.

But catastrophe it will be. We’ve already had tastes of what’s coming: the brutal drought that’s killing tens of thousands in East Africa; once-in-a-century storms like Hurricane Sandy occurring somewhere every year; strange, mosquito-borne tropical diseases showing up in temperate climes; worldwide crop failures like the one in 2010, caused by a combination of droughts in some breadbaskets and massive floods in others; and the human disruption of mass northward migrations and food riots that turn into revolutions.

All this has been described in countless careful studies by scientists around the world. Separate, secondary studies are pouring out with increasing frequency and urgency from authorities ranging from the Pentagon to NASA to the State Department to the National Hurricane Center and the Tornado Watch of the National Weather Service, pointing to the ways in which their respective bailiwicks are threatened by the increasing glut of carbon dioxide in the earth’s atmosphere.

It’s stirred populations and governments to begin waking up and taking action admittedly little and late, but perhaps not too late. China, long the world’s worst foot-dragger, has become a global leader in the fight. Long negotiations have developed formulas by which the industrialized North — having caused most of the world’s carbon pollution over the last century — must now help the developing South to participate in the rescue effort and to survive the damage that’s already inevitable.

Now we can add to the mounting global calamity the emergence of a lone political party that refuses to believe what’s screamingly obvious to the rest of the world and is now fully in control of the world’s greatest superpower. Scholars and observers worldwide used to call us the indispensable nation. From now on they’ll be calling us the indefensible nation. We are indeed an exception.