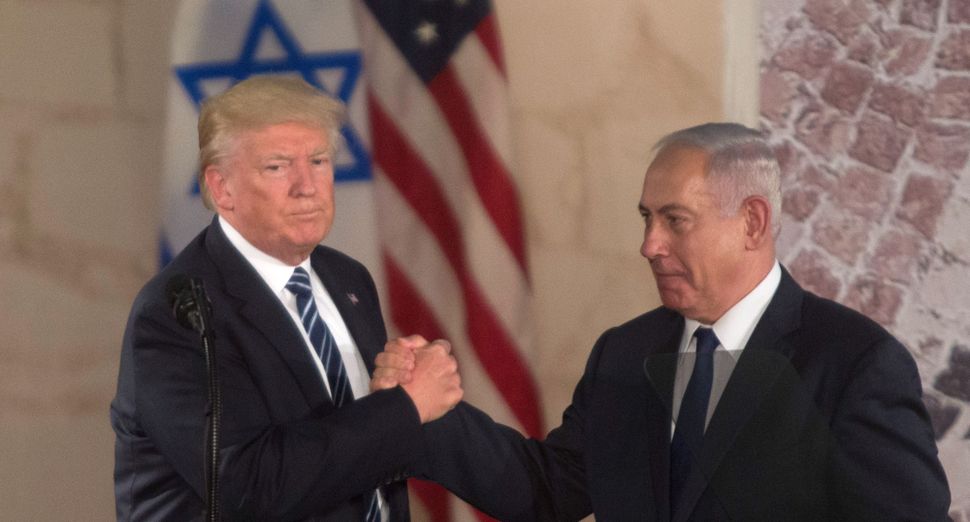 If Donald Trump needed a reminder of how tall an order he’s taken on with his bold talk of Middle East deal-making, he got it on Monday night, May 22. As the president was bedding down in Jerusalem, an ISIS suicide bomber blew himself up outside an arena full of teenagers attending an Ariana Grande concert in downtown Manchester, England. At least 22 were killed and dozens wounded.

The reminder couldn’t be more stark. It’s unclear, perhaps tragically so, whether this president is capable of absorbing it.

If the bombing had occurred just a few weeks earlier, Trump would have called down fire and brimstone on the Muslim religion that apparently inspired the bomber. But this wasn’t a day to follow his instincts. The best he could come up with was to call the terrorists “losers.”

Who knew diplomacy could be so complicated?

There was a substantive reason for his reserve. Trump had come to Jerusalem directly from Saudi Arabia, where he addressed a special summit of the world’s Muslim-majority nations. His goal was to walk back the anti-Muslim invective that helped get him elected. You might call it his Islamic apology tour. Having executed the reset, he couldn’t very well turn around the next day and shift back to his old insult mode. Instead, The Leader of the Free World uncharacteristically bit his tongue and acted like a grownup.

In fact, there was a lot of tongue-biting on all sides during Trump’s brief Middle East jaunt. His Saudi hosts ignored his years of Muslim-bashing rhetoric — rhetoric that even U.S. federal courts said represented Trump’s actual thinking. Instead of venting, the Saudis swallowed their pride and gave the president a garishly royal reception replete with dancing swordsmen. They were honoring him not for who he is but for who he isn’t: Barack Obama. It’s essentially the same thing the Nobel committee did when it honored Obama for not being George W. Bush.

When Trump arrived in Israel the next day, Prime Minister Benjamin Netanyahu was restraining himself, too. Netanyahu had bet heavily on candidate Trump last fall. He believed that as president, Trump would be at minimum the exact opposite of the hated Obama. At best, he might be a mainstream Republican inclined to view world politics as a zero-sum contest between good and evil, between the West and Islam. Bibi expected Trump’s inauguration would turn a new page in U.S.-Israel relations.

It has not worked out as hoped. Trump’s Jerusalem visit came a scant 12 days after his Oval Office chat with Russia’s foreign minister and Washington ambassador, at which the president tried to impress his guests by sharing some highly classified intelligence obtained from Israel. For America and the West, the blunder was an embarrassment and a warning sign about the unforeseen dangers of a Trump presidency. For Israel, it was a serious blow to its intelligence-gathering systems in the region, including the safety of its human assets.

Israel’s intelligence community has reacted with deep alarm and anger to the president’s fumble, according to most sources with knowledge of the intelligence services. Even before Trump’s gaffe, American intelligence officials had reportedly been warning their Israeli counterparts to be careful in sharing secrets with the new administration because of fears of a channel to Russia. The Israeli spy chiefs’ anger was still white hot when Trump landed in Jerusalem. But the anger was kept under wraps.

The Trump Russia leak wasn’t the only cause for resentment simmering in Jerusalem. There was, to begin with, widespread disappointment — reaching beyond the politicians to the streets — at the president’s failure to move the U.S. embassy to Jerusalem as he frequently promised. There was also the massive, $110 billion U.S. arms sale to Saudi Arabia that was negotiated and announced without consulting Israel — a break with longstanding information-sharing tradition.

There was, too, the president’s enthusiasm for brokering an Israeli-Palestinian peace agreement, something Netanyahu and his main political allies view with trepidation. Netanyahu and his closest Likud colleagues believe the Palestinian leadership is not prepared to make peace, and any concessions offered at this point will only leave Israel weaker and further from peace.

Beyond security fears, there’s a major faction in the government that’s opposed on principle to any talk of a Palestinian state or compromise over the divinely promised soil of Judea and Samaria. This in-house right-wing opposition to Netanyahu is based in the settler-backed Jewish Home Party but extends to much of the Likud itself. Jewish Home threatens to quit the coalition and bring down the government if there’s even as limited a concession as a partial settlement freeze. It’s not clear whether the Labor-led Zionist Union would trust Netanyahu’s intentions sufficiently to replace Jewish Home and save Netanyahu’s rule.

Compounding Israeli discomfort during the Trump visit is a frustrating sense that Israel is in no position to complain about all its disappointments with Trump. Israel has always been the junior partner in the relationship, but it’s rarely hesitated to consider itself an equal and make its views known. Right now, though, Israel is constrained by the awareness that it has nowhere else to go. When Democrats hold the White House, Israel can dangle the threat over the president’s head of retribution by congressional Republicans and their conservative allies, including the Christian right and Jewish donors. Now, though, with the devoutly pro-Israel GOP controlling all levers of power in Washington, but apparently unwilling to counter the president’s witless appetites, Israel looks like it’s stuck.

What’s worse, the sharpest Israeli complaint at the moment, the Oval Office leak, puts Trump on the defensive. Should Israel or its intelligence agencies press the issue, they could turn themselves into enemies in the eyes of the notoriously thin-skinned president. The trap painfully highlights the extent of Israel’s utter dependence on Washington at a moment in history when the presidency has never been more fickle or unpredictable.