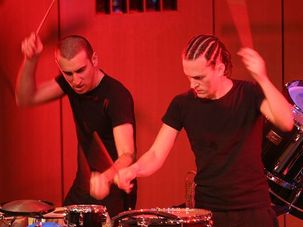 Israelis (And Other Jews) at The Hollywood Bowl

Even at the Hollywood Bowl, classical music rarely gets showier than it did July 28, when the Israeli percussion duo PercaDu, consisting of Tomer Yariv and Adi Morag (both born in 1976), joined the Los Angeles Philharmonic under guest conductor Marin Alsop in a performance of “Spices, Perfumes, Toxins!” by locally based Israeli composer Avner Dorman.

James Conlon, music director of Los Angeles Opera, and Marilyn Ziering, a Beverly Hills philanthropist, met for the first time only a year ago, but they have become fast friends. A common interest unites them: making sure that music suppressed by the Nazis and then largely forgotten — much of it by Jewish composers — gets a fair hearing.

Music by those who perished in the Holocaust has lately enjoyed something of a vogue, with both Jewish and non-Jewish audiences discovering the work, and unfilled promise, of composers like Viktor Ullmann, Erwin Schulhoff, Pavel Haas and Hans Krása. But what of the music written in the aftermath the Holocaust to honor the dead?Such scores do in

Listening to Classical on the ‘Cool’ Medium

Marshall McLuhan famously termed television a “hot” medium and radio a “cool” one. The inconsistencies inherent in such artificial divisions notwithstanding, there are fundamental differences between the two. Perhaps above all, one remains the better suited to relaying, and even discussing, music.That point is made every day on radio

It may be odd to put it this way, but James Conlon is on a crusade. During the past decade, the 54-year-old conductor, a native of Queens, N.Y., has proved to be a vigorous advocate of music suppressed by the Nazis. And this season, Conlon has made these scores a top priority, including them in virtually every program he’s leading as a guest 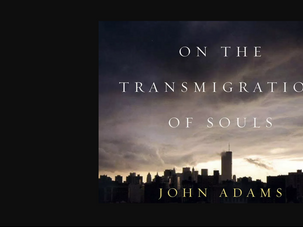 John Adams’s “On the Transmigration of Souls” is a 25-minute work honoring the victims of the 9/11 attacks, commissioned by the New York Philharmonic.

Preserving the Musical Legacy of Those Silenced

Honoring the dead always has been a complicated affair, made all the more difficult when the fallen are victims rather than heroes. Physical monuments engender the most debate, probably because they are, in theory, permanent. Musical tributes have produced less anguish. This may be because they don’t elicit much notice, or people think

A Lavish Home for the Sick Man of the Arts World

The music season has barely begun, yet the most important event of the year is already over. The zenith in question is the opening of the Walt Disney Concert Hall, the new home of the Los Angeles Philharmonic. The opening was, in fact, a series of concerts, held between October 23 and October 26, rather than a single blowout. But this wasn’t 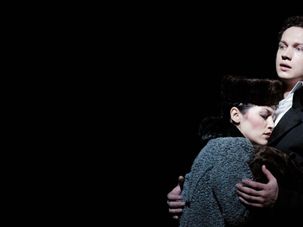 Romance gone bad lay at the heart of two operas — each part of a summer festival — one performed in Manhattan, the other upstate at Bard College. The Bard event, the first American staging of Leos Janacek’s “Osud” (“Fate”), and the first offering in Bard’s new SummerScape series, was notable because it inaugurated in earnest Bard’s plans to make its bucolic campus something of an arts destination, and because it marked the debut of the architect Frank Gehry as a set designer.

Romance gone bad lay at the heart of two operas — each part of a summer festival — one performed in Manhattan, the other upstate at Bard College. The Bard event, the first American staging of Leos Janacek’s “Osud” (“Fate”), and the first offering in Bard’s new SummerScape series, was notable because it inaugurated