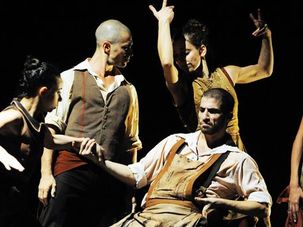 An eager crowd took its seats high above the Suzanne Dellal Center’s plaza for the opening of the three-week festival Habama Hagdola — The Big Stage. Two majestic palm trees framed the large outdoor stage, and the center’s main building provided a picturesque backdrop. A glance around revealed the impressive scenery of the first century of Tel Aviv: quaint red-roofed homes of the Neve Tzedek neighborhood overtaken within a few blocks by modern skyscrapers. 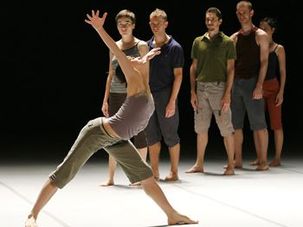 Since its first tour of the United States in 1970, Israel’s Batsheva Dance Company has won over American crowds and critics alike with its energetic approach to dance. At the time, it was, perhaps, a novelty: an Israeli group performing primarily American repertory with unbridled verve and vigor. But in the past 18 years, the company has become a phenomenon of a different sort. The Batsheva Dance Company, which is currently crisscrossing North America, is widely recognized as one of the world’s top dance ensembles, featuring audacious choreography with inventive movement.