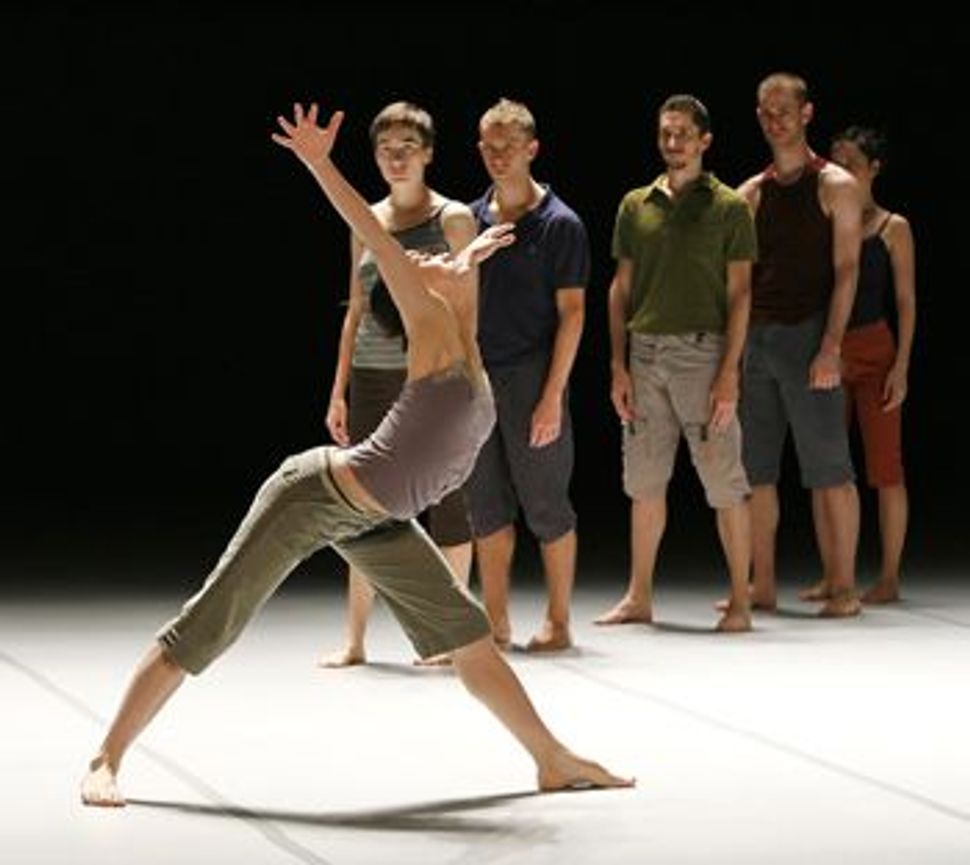 Reaching Out and Pulling Back: The Batsheva Dance Company in action. Image by RICHARD TERMINE FOR THE BROOKLYN ACADEMY OF MUSIC

Since its first tour of the United States in 1970, Israel’s Batsheva Dance Company has won over American crowds and critics alike with its energetic approach to dance. At the time, it was, perhaps, a novelty: an Israeli group performing primarily American repertory with unbridled verve and vigor. But in the past 18 years, the company has become a phenomenon of a different sort. The Batsheva Dance Company, which is currently crisscrossing North America, is widely recognized as one of the world’s top dance ensembles, featuring audacious choreography with inventive movement. 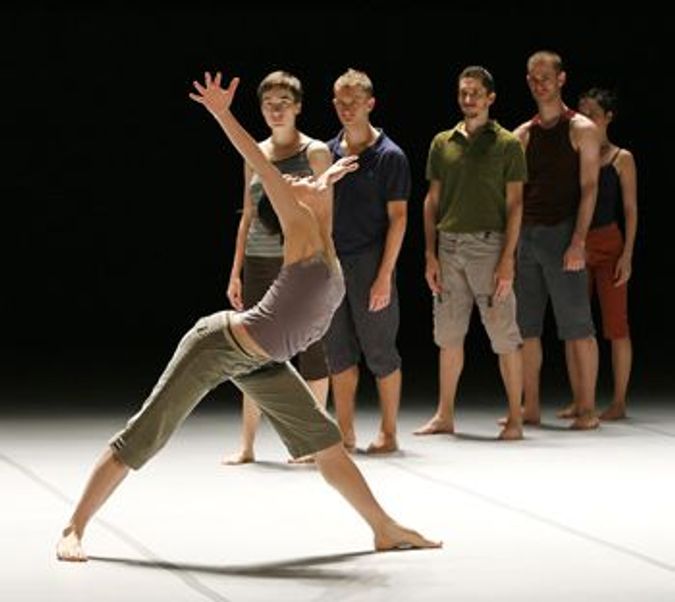 Reaching Out and Pulling Back: The Batsheva Dance Company in action. Image by RICHARD TERMINE FOR THE BROOKLYN ACADEMY OF MUSIC

Founded in 1964 with the financial backing of Baroness Batsheva de Rothschild, Batsheva began as a repertory company in the American mold. Martha Graham, a founding mother of American modern dance and a beneficiary of de Rothschild’s patronage, served as artistic adviser. The Israeli dancers trained intensively in Graham’s technique and channeled both their physical power and their emotional passion into some of the choreographer’s most acclaimed works. With many of Graham’s disciples contributing to Batsheva’s repertory, the Tel Aviv-based company was part of American modern dance’s family; New York Times critic Clive Barnes even called Batsheva’s members “the Israeli children of American dance” upon seeing the company’s American debut.

Though Graham’s direct influence on the company lessened in the late 1970s, the troupe continued to import its rotating cast of artistic directors and most of its choreographers from abroad. In the 1980s, though, the Israeli team of David Dvir and Shelley Shir assumed the helm. There were some important shifts during this decade: Ballet eclipsed Graham technique as the company’s preferred training, and more Israelis joined the roster of contributing choreographers. Yet despite outstanding dancers and well-crafted repertory, Batsheva appeared to some observers to be a company sailing on its strengths rather than forging ahead into artistic frontiers.

This changed in 1990, with the appointment of Ohad Naharin as artistic director. Naharin was no stranger to the Batsheva Dance Company; he started his dance career with the group and was cast almost immediately as Esau in Martha Graham’s “Jacob’s Dream,” which Graham choreographed in 1974 for the company’s 10th anniversary. Although Naharin soon departed for New York to study and perform with Graham, he returned periodically to choreograph for Batsheva.

Indeed, by the time Naharin accepted the post of artistic director, he had made a name for himself as a choreographer on three continents. Besides his work with Batsheva and with the Kibbutz Contemporary Dance Company, Naharin created dances for his own pick-up group in New York City throughout the 1980s. In 1987, Jiri Kylian, one of Europe’s pre-eminent choreographers, invited him to the Netherlands to be a guest choreographer at the Nederlands Dans Theater. By then, marvelously textured movement and a signature fluidity, which proved mesmerizing, in the spine and limbs already characterized Naharin’s work.

Thus, Naharin returned to Tel Aviv with a well-developed choreographic voice that became an integral part of his sophisticated artistic vision for Batsheva. He assembled a rich blend of repertory from the cream of the crop, inviting such luminaries as Kylian, William Forsythe, and Angelin Preljocaj to work with the company. Fresh Israeli choreographers, like Itzik Galili, Anat Danieli and Inbal Pinto, also peppered the group’s offerings, but the base was always Naharin’s own work. He set several of his earlier creations from America and Europe on Batsheva, and he choreographed new dances including “Kyr,” “Mabul” and “Anaphase.” With Naharin’s distinctive choreography as a backbone, the company was rejuvenated and redirected on a more coherent path.

Naharin further revamped Batsheva in the past decade, abandoning the repertory model that it had followed from its inception. Now, the company is devoted to performing Naharin’s creations, as well as works by house choreographer Sharon Eyal, who as a dancer has been one of the most articulate interpreters of Naharin’s work. This refined focus strengthened Batsheva’s identity with an unmistakable aesthetic that in turn propelled the company to the peak of contemporary dance. Over the past several years, the unique physicality of Batsheva’s dancers has enthralled viewers and created significant buzz in the dance world.

The key to this distinguishing feature is Gaga, a method of training developed by Naharin since the 1990s. Gaga is radically different from most dance training. The mirror is banished from the studio, and dancers do not perform specific combinations of movement but instead respond to verbal instructions; these prompts can call attention to specific body parts, actions or qualities. This exploration arms the Batsheva dancers with an extraordinary range of movement that stretches beyond that fostered by traditional training methods. Smooth, sharp, strong, soft, shaking — the dancers have a full toolbox of textures that they can apply to their pliable bodies.

Yet it’s not just the range of textures that is so striking; there’s something special about how fully Batsheva dancers bring themselves to performances. In 2008, Naharin wrote about Gaga, “We learn to love our sweat, we discover our passion to move and connect it to effort, we discover both the animal in us and the power of our imagination.” Even as Gaga readies the dancers for Naharin’s and Eyal’s choreography, it also tunes them into their individual selves; it engages their thoughts and emotions, as well as their bodies.

Through Gaga, Naharin and his troupe have harnessed and explored the remarkable energy that has been a defining feature of the Batsheva Dance Company since the 1960s. This energy is systematically and breathtakingly deployed in Naharin’s choreography, and enlivens all the works the company is now performing, from the spare “Three” to the eclectic “Deca Dance” to the compositionally layered “MAX,” which closed Batsheva’s North American tour at the Brooklyn Academy of Music. And it’s this energy that electrifies — and moves — not just the dancers, but also the audience.

Deborah Friedes is a freelance dance writer and lecturer who founded www.danceinisrael.com, an online magazine for Israel’s concert dance scene.