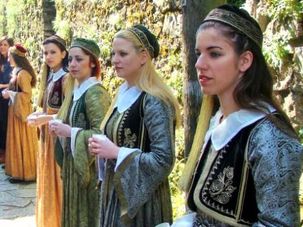 I'm Jewish and Greek. Who Do I Root for On Hanukkah?

If you’re both Jewish and Greek, who do you root for on Hanukkah? Elizabeth Savage was tortured by this question — until she discovered a remarkable Spartan synagogue. 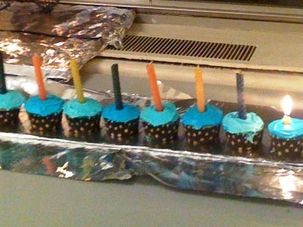 The 8th Night: Celebrate With a Cupcake Menorah

I love the notion of hiddur mitzvah, this idea that beautifying a ritual object enhances and heightens the mitzvah related to that object. Hiddur Mitzvah can apply to a mezuzah, to a pair of tefillin, to a tzedakah box, to an etrog and, of course, a menorah, and it’s this principle that has brought us the fine works of Judaica art through the ages. There’s something fascinating about a religion not of minimum requirements, but of maximum aesthetics.

The Kitniyot Question: What’s a Convert To Do?

The question of kitniyot presents an interesting challenge for the converted. Kitniyot — literally, “little things” — is the umbrella term used for the specific foods not eaten during Passover in the Ashkenazi tradition, including rice, corn, beans and lentils. It’s a practice whose origins are unclear; but what is clear is that this anti-legume custom, passed down from generation to generation, raises a significant question for those who have chosen to be chosen. What should converts do when faced with a specific minhag, or custom, whether a food tradition or otherwise? As someone who converted to Judaism, I didn’t realize how stressed I must have been by this until my subconscious gave me a very particular gift: my kitniyot nightmare.