I’m Jewish and Greek. Who Do I Root for On Hanukkah? 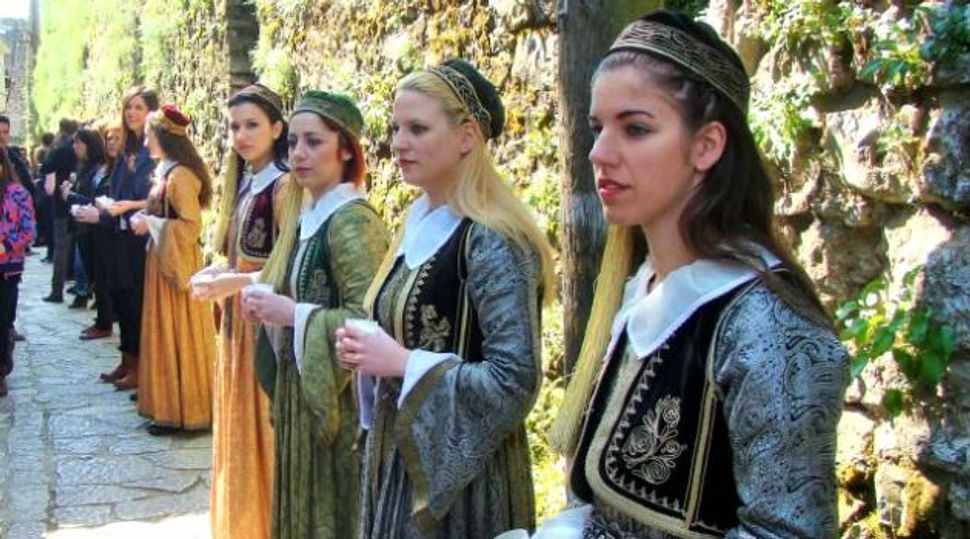 They’ve switched on the window displays on Fifth Avenue, and the trees are for sale on the street corners, so I know I’m about to get asked the question: Do I miss Christmas? It’s a common question for a convert. But, despite a childhood full of Yuletides worthy of a Norman Rockwell painting, my answer is simple: just the opposite. I love Hanukkah and I’d trade Christmas for it in every respect. Except maybe one.

The reason is: I’m Greek. Or at least part Greek. My father’s family is from Sparta and loves the Greek Orthodox Church; my mother’s family is gingerbread-building, sugar-cookie-making WASP. To their credit, my parents have always been supportive of my choosing to become chosen, albeit a little confusedly.

But here’s my quandary: Hanukkah presents a pretty substantial identity conflict for someone who is both Greek and Jewish. The Festival of Lights, from the Jewish perspective, is not only about the miracle of oil lasting for eight nights, or the victory of light over darkness; it’s also about defeating the evil Hellenes. And from the Greek perspective, it was a bloody defeat served up by a ragtag group of Hebrews. The real battle of Hanukkah for me comes down to this: Is my Jewish self supposed to celebrate the defeat of my Spartan self? Am I destined to be a self-hating Greek?

I remained a little tortured about this until Christmas day last year. My husband and I chose to spend the day doing a tour of synagogues on the Lower East Side. I had walked by many of the crumbling synagogue facades during my college days at NYU, but at that point in my life I was more in search of rock clubs or dive bars than a way to reconcile my divergent identities. Now we were on the ultimate shul-crawl. Its highlight? A remarkable place called Kehila Kedosha Janina.

“This shul is not Ashkenazi, like the other places we’ve been so far,” said the guide. “It’s Romaniote. It’s a Greek synagogue.”

My ears perked up.

“And it’s the only one left in the Western Hemisphere,” our tour director explained, motioning us through the heavy iron gate.

The sanctuary was tiny and quiet. The single main room was long and narrow, with dark wooden pews behind the ark at the front. The space probably had seats for fewer than 50 men. Upstairs was the women’s section, with dusty light streaming through stained glass windows, mismatched prayer books stacked at a table in back and a view of the bima below. The upstairs is now a museum, the walls lined with pictures of Greek Jews, maps and various artifacts. But the congregation still meets every week for Shabbat and holidays.

The story of the Romaniote Jews is not widely known within the Jewish community. It’s presumed that the Jews of Greece were all Sephardic. As I learned, this is only part of the story. There was and remains another, older community, a minority within a minority, who settled in Greece in the first century, and these were the Romaniotes. When Jews were expelled from the land of Israel after the destruction of the Second Temple, many were sent to become slaves in Rome. The story is that one slave ship was caught in a terrible storm and shipwrecked in Greece. The Jews washed ashore, and stayed where they landed for the next 2,000 years. They thus predated the split between Ashkenazim and Sephardim. Their traditions, including their food customs and some of their tunes, are indeed ancient. 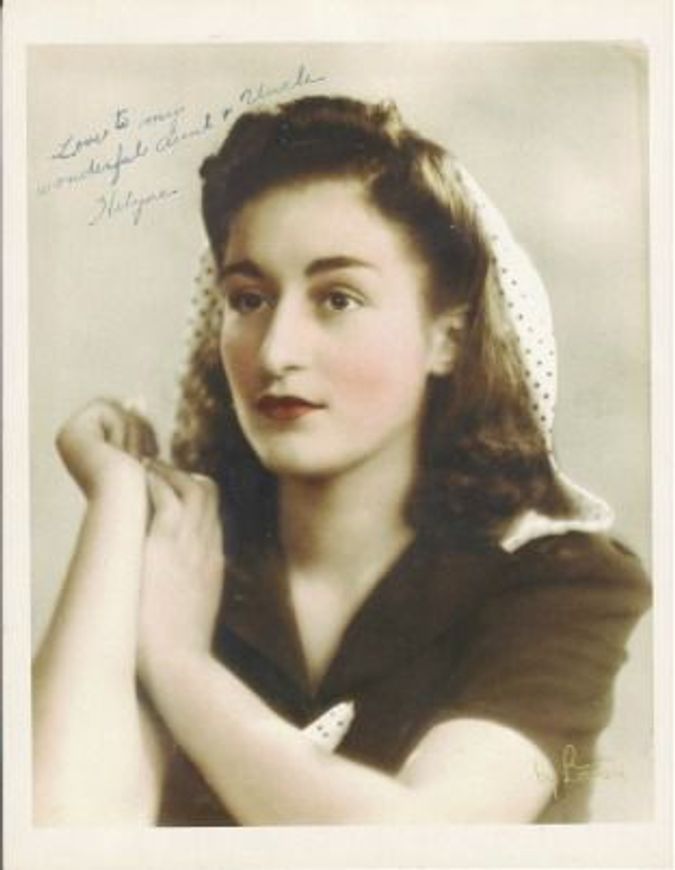 In the 20th century, some of the Romaniote Jews — like Jews across Europe — started to head out to America. Kehila Kedosha Janina was founded as a community by the first Romaniote Jews in New York. The actual building (at 280 Broome Street, and absolutely worth visiting) went up in 1927.

The synagogue turned out to be a sort of Noah’s ark for the community. In March 1944, all the Greek Jews — Ashkenazi, Sephardi and Romaniote — had been rounded up by the Nazis. The Romaniote community was small to start with; by the end of the war, only 110 survived. And today only 50 remain in Ioaninna, fearful that their unique brand of Judaism is a step away from extinction.

This was the synagogue we had wandered into on Christmas day; this was the story that I learned. Today it is the grandchildren and great-grandchildren of the shul’s founders who are still members. They don’t live in the Lower East Side anymore, but they maintain memberships out of familial loyalty, and some of them come in when they can. Membership is free, as it has been since the shul’s founding. The mailing list goes out to over 3,000 households nationwide.

I picked up a cookbook for sale in the little gift shop, feeling strangely excited to be in a place where I could claim both my Jewish identity and my sense of Greek heritage. I turned to the index in search of spanakopita, spinach and feta pie. This was the signature dish of my Yia-Yia, my Greek grandmother. I found it as a Passover recipe — identical to my Yia-Yia’s, but with matzo instead of filo. I got a little teary. And as my husband and I walked out of the shul, I picked up one last brochure. “Discover a lost tribe just around the corner,” it said. The perfect message for a Greek Jewish convert on Christmas day.

Elizabeth Savage is a personal organizer and writer. Email her for her Yia-Yia’s fabulous spanakopita recipe: [email protected]

I’m Jewish and Greek. Who Do I Root for On Hanukkah?