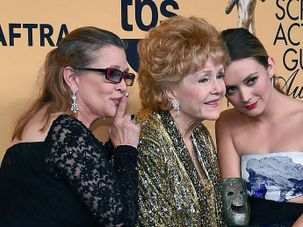 Carrie Fisher and Debbie Reynolds were known as entertainment icons to millions around the world, but they were known as “mom” and “grandma” to 24-year-old actress Billie Lourd.

Sarah Jessica Parker has officially signed onto star in and exec produce HBO’s comedy pilot, “Divorce,” making her return to the net after “Sex And The City.”