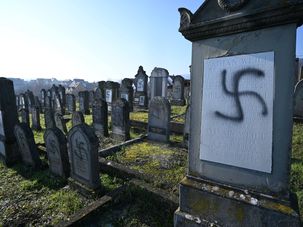 Our bipartisan entities are committed to combatting anti-Semitism because fighting hate is a non-partisan priority.

It’s ‘One Nation Under God,’ Or America Goes Under

One of the most important lessons I learned during my run for the Republican presidential nomination in 2000 is that the bonds uniting America’s Jews and Christians are far stronger than any strains that might divide us. I also learned that preventing this fact from becoming known by both Jews and Christians seems an almost obsessive