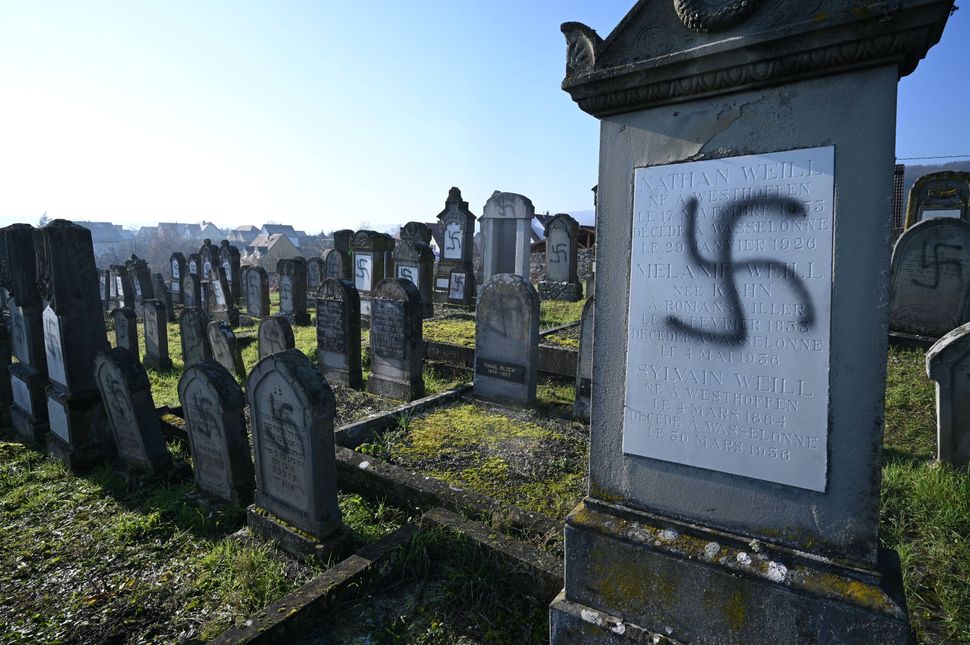 While the United States was celebrating American Jewish Heritage Month in May, the global Jewish community was experiencing a further increase in anti-Semitic incidents, which cannot continue.

As the world reeled from the COVID-19 global pandemic in March, the Iranian Ministry of Health decided to hold a cartoon contest entitled “We Defeat Coronavirus,” garnering thousands of submissions. Coming from Iran — a government that Elan Carr, the U.S. Special Envoy to Monitor and Combat Anti-Semitism, called the world’s chief trafficker in anti-Semitism — contestants unsurprisingly submitted grotesque anti-Semitic images.

One drawing was of three hook-nosed Israeli doctors holding a beaker of COVID-19, insinuating that Israel invented the novel coronavirus. Sticking to that absurd accusation, the state-aligned “Press TV” claimed that “Zionist elements” created the deadly disease to use against Iran. Indeed, Iran has a history of anti-Semitic, anti-Zionist propaganda, especially involving the Holocaust.

At a time when it should be focused on saving lives, #Iran’s health ministry sponsored a cartoon contest on #COVID19. As you could imagine, some of the submissions we found were horrifically and sadly unsurprisingly antisemitic. pic.twitter.com/ELpVAWfnhJ

And Iran is not the only country disseminating this preposterous misinformation and spreading anti-Semitic messages. From the Middle East to Europe, from Australia to the Americas, Jews are blamed for starting the COVID-19 crisis and perpetuating its spread as a means of achieving a number of alleged goals.

Germany’s top minister for combatting anti-Semitism says that Jews and Israel are the main targets for internet hate speech related to COVID-19. The Anti-Defamation Commission in Australia detailed the rise of conspiracy theories on Australian sites and social media pages. Public figures in Turkey have asserted that Jews engineered the novel coronavirus to acquire world domination. A Jordanian journalist said the virus is a consequence of Jews’ hatred for the entire world. A cartoon circulating on French social media shows Agnes Buzyn, France’s Jewish former health minister, pouring a vial of coronavirus in a well.

Anti-Semitism has steadily grown in severity over the past few years, and the ever-increasing challenge of confronting anti-Semitism is why our respective bodies — the U.S. Commission on International Religious Freedom and the Senate Bipartisan Task Force for Combatting Anti-Semitism — both work to move the issue of combatting anti-Semitism to the forefront of our country’s foreign policy.

USCIRF’s 2020 Annual Report and January 2020 hearing document increases in anti-Semitic incidents throughout 2019, including discrimination, defamation, Holocaust denial, hate speech on the Internet, and vandalism of synagogues, cemeteries, and other community institutions. As highlighted in the Annual Report, these attacks are worldwide, not just isolated to nations that USCIRF recommends for “Country of Particular Concern” designation or placement on Special Watch List, such as Iran and Saudi Arabia. Anti-Semitism is a growing trend that must be stopped in countries including Argentina, France, Germany, Italy, the United Kingdom, and Sweden.

The U.S. Senate Task Force is committed to engaging with stakeholders to educate and empower communities in the U.S. by calling out hate with one voice, supporting legislation that tackles the issue head-on and promoting Holocaust education. To advance the Commission’s similar goals, USCIRF has provided recommendations on ways the U.S. government can work to combat anti-Semitism, including insisting that fighting anti-Semitism be a top priority of the International Religious Freedom Alliance; recommending the creation of positions similar to the U.S. Special Envoy to Monitor and Combat Anti-Semitism in governments around the world and at the United Nations; and providing technical support to foreign law enforcement officials to update and standardize hate-crime reporting procedures.

Our bipartisan entities are committed to this issue because fighting hate is a non-partisan priority. Ideological differences do not preclude us from working together to fight for universal values and basic human dignity. When we see anti-Semitism or hate anywhere, everyone must call it out and do their part to combat the scourge of anti-Semitism.

As we paid tribute throughout the month of May to the generations of Jewish Americans who have made remarkable and invaluable contributions to American society, we must also turn to our diplomatic allies and other governments to actively improve the situation for their Jewish communities who live in fear for their own safety.

Gary Bauer is a Commissioner of the U.S. Commission on International Religious Freedom, appointed by President Donald J. Trump.

Senator James Lankford of Oklahoma is the Co-Chair of the Senate Bipartisan Task Force for Combating Anti-Semitism.