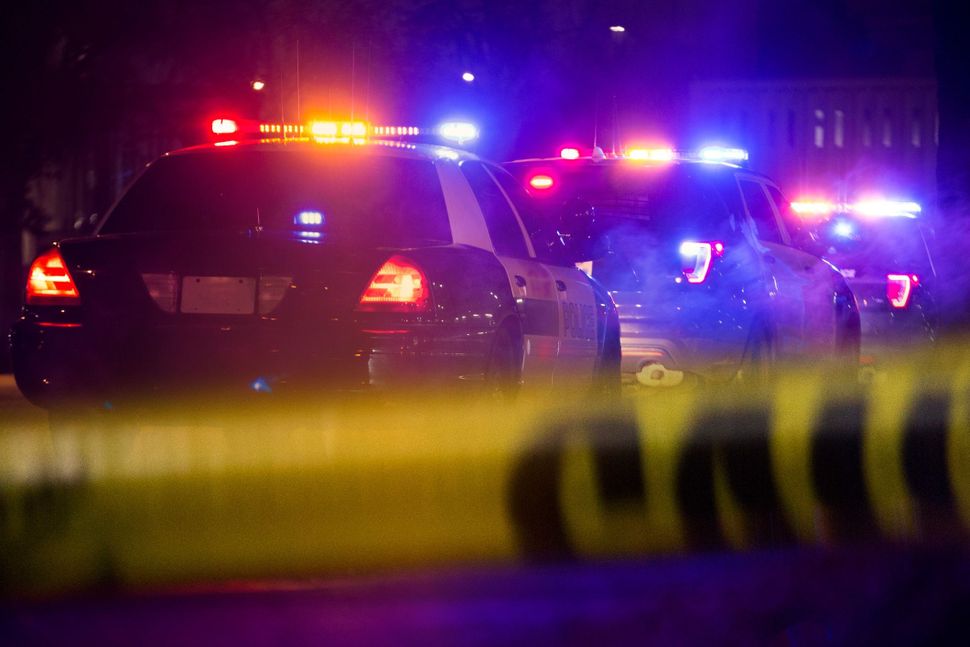 Hate crimes, including anti-Semitic ones, were more violent in 2018, with assaults targeting Jews at an all-time high, according to the FBI’s annual hate crime report, released Tuesday.

In general, assaults and other violent attacks based on bias reached a 16-year high, although the total number of bias-motivated incidents — a broader category that includes things like vandalism — was down slightly in 2018 from the previous year.

The data indicates that the deadliest anti-Semitic attack in American history — the synagogue shooting on Shabbat in Pittsburgh that killed 11 worshippers in October, 2018 — was not an outlier. Rather, it’s an example of a broader phenomenon of growing anti-Semitic violence, includes an ongoing spate of assaults on visibly Jewish men in Brooklyn.

“I think we have a leaner, meaner type of hate crime going on,” Professor Brian Levin, director of the Center for the Study of Hate and Extremism at California State University, San Bernardino, told the Forward.

The FBI data tracks with the most recent report from the Anti-Defamation League. Both showed a sharp increase in violent anti-Jewish acts from 2017 to 2018 but a nearly 20% decline in anti-Semitic vandalism, like the scrawling of a swastika on a school wall.

The FBI counted 105 violent anti-Semitic crimes in 2018, up more than 40% from the previous year and the highest number since the bureau started filing the reports in 1991.

New York City, in particular, is the home to the largest Jewish population in the country and has seen an increase in anti-Semitic incidents, according to the New York Police Department, whose data is included in the FBI report. Community organizations have reported dozens of assaults on Jews in 2018 and 2019, particularly in parts of Brooklyn like Crown Heights, where large populations of religious Jews are easily identified as such by their headgear or clothes.

“We’ve had numerous teeth knocked out, we’ve had broken limbs, bruising—we’re talking about several cases over the past year or so in Crown Heights where there are serious physical injuries,” Crown Heights Jewish Community Council executive director Rabbi Eli Cohen said at a press conference on Tuesday.

Brooklyn Borough President Eric L. Adams and the ADL announced at that press conference Tuesday that the organization was donating $250,000 to implement anti-hate education in public schools.

But it doesn’t seem to just be a New York problem: Levin told the Forward that he had been tracking a similar rise in anti-Semitic assaults against Jews in Los Angeles, Chicago and other major cities.

The FBI’s data is not perfect. It’s incomplete because it relies on self-reporting from local law enforcement agencies, each of which may have different definitions for what constitutes a hate crime (two states, Alabama and Wyoming, did not report any hate crimes to the FBI at all).

Another caveat: Some demographics, like Jews, are more likely to report crimes to the police, and more likely to have their concerns taken seriously.

Professor Jack Levin, co-director of the Brudnick Center on Violence and Conflict at Northeastern University (and no relation to Brian Levin), said that white nationalism is much more likely to drive contemporary hate crime than years past, and that a growing number of assailants are members of organized white nationalist groups.

“If you believe there’s a genocide against white people, it drives you to violence,” said Heidi Beirich, the leader of the Southern Poverty Law Center’s Intelligence Project.

Attacks on minority groups spike when they symbolize a perceived threat to white society, Jack Levin of Northeastern said – Muslims after 9/11, African-Americans after Barack Obama’s election or working Latino immigrants during the Great Recession. Jews can fall into this category because of anti-Semitic conspiracy theories. Accused Pittsburgh gunman Robert Bowers allegedly believed that they were responsible for America’s demographic change and other supposed societal ills.

Jack Levin and Beirich pointed out that Jews and Latinos, the two groups with pronounced spikes in violent hate crime against them, are tied together in the minds of immigration-obsessed white nationalists. Beirich said that President Trump and his anti-immigrant rhetoric bore some of the blame for these trends.

One exception to the claim that white nationalism is responsible for a rise in violent hate crimes could be found in New York City, the apparent epicenter of anti-Semitic violence in America today. There, most assailants caught on camera appear to be young African-Americans, not white nationalists.

Black nationalist movements like the Hebrew Israelites and the Nation of Islam, which often have anti-Semitism at their core, have grown three years in a row, partially in response to the parallel growth in white nationalism, Beirich said, citing Southern Poverty Law Center data.

The FBI itself says it’s taking the threat of violent white nationalism seriously. Bureau director Christopher Wray told Congress in July that they had recorded around 100 domestic terrorism arrests in the previous nine months, many of which were tied to white supremacy.

As Beirich pointed out, that’s one arrest every three days.