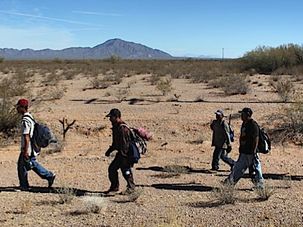 Flawed Act Will Not Solve Our Immigration Problems

The House of Representatives is poised to ram through in the coming weeks a disastrous piece of legislation dubbed the “Save Act” that will imperil the ability of millions of Americans to work in this country and will waste countless more resources and money on a failed policy. As the disastrous failure of Congress to pass comprehensive immigration legislation recedes further into the background, it is becoming clearer that in its absence we have little hope of developing an immigration system that is holistic, compassionate and effective.

Understanding Immigrants’ Plights, Through the Prism of Our Past

Next week the Senate will return from its Memorial Day recess to continue debating a sweeping immigration reform proposal. This debate will have a profound impact on the economy, culture and security of our country, as well as on the lives of millions of immigrants who have seen, and continue to see, the United States as the land of hope and opportunity.

Shmuel Kaplan, an 80-year-old amputee, breathed a sigh of relief in 1997 when the United States granted him political asylum after he fled antisemitism in the former Soviet Union. Two years later, we similarly received an Iranian boy, Rouzbeh Aliaghaei, and his parents. His mother was a high school teacher who had been imprisoned and twice fired for decrying the treatment of women and their lack of freedom. Nine-year-old Rouzbeh understood little about his family’s flight — he is afflicted with a rare genetic disorder resulting in profound mental retardation.