When you think of the term “sustainable farm” or even “local” and “organic” farming, you probably don’t also picture stray fruits and vegetables lying on an otherwise harvested field. Yet, for various reasons farmers (both conventional and organic) often do not harvest their full crop. For some, discolored or misshaped produce will not sell in the market. For others, too much time and effort is needed to return to the fields to pick up dropped or forgotten crops. Many farmers leave those crops to decompose on the land. 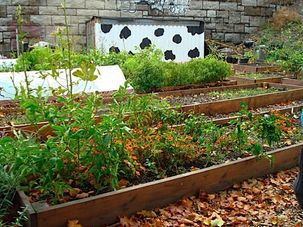 “La Finca del Sur,” the farm of the south, is not quite the vast farm of what you might assume of the American South. Rather, it is a small urban farm located in the South Bronx. The second stop of an environmental justice field trip I was on, La Finca added its own food story to the narrative of unfair distribution of toxins and pollution, which is a major problem in the South Bronx.