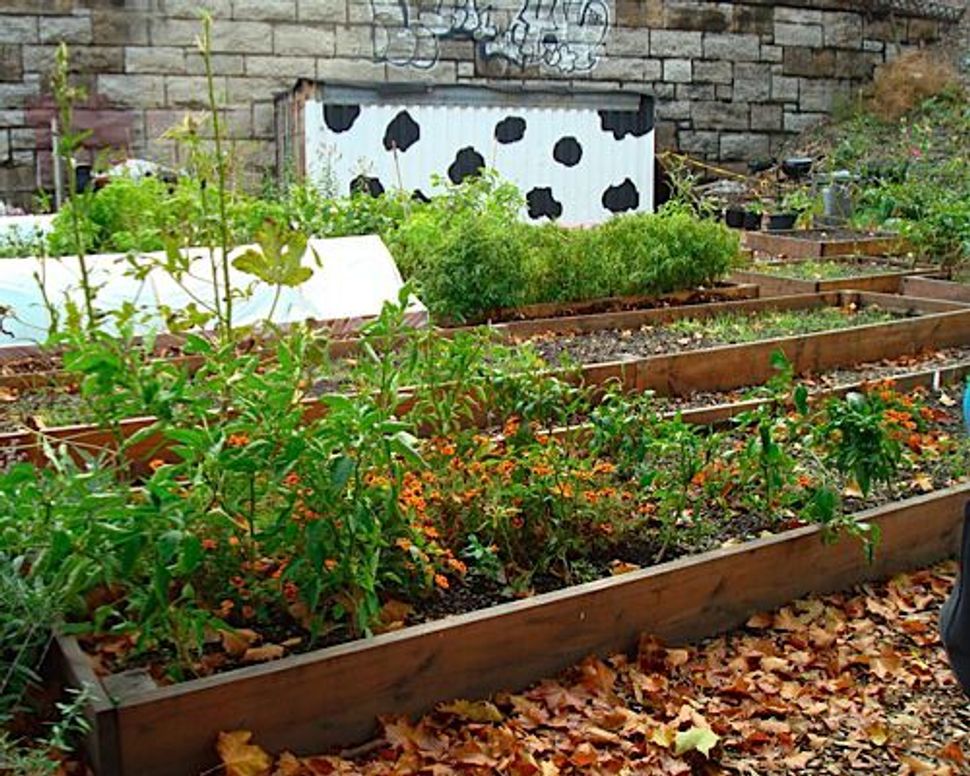 “La Finca del Sur,” the farm of the south, is not quite the vast farm of what you might assume of the American South. Rather, it is a small urban farm located in the South Bronx. The second stop of an environmental justice field trip I was on, La Finca added its own food story to the narrative of unfair distribution of toxins and pollution, which is a major problem in the South Bronx.

One might think that a farm would be far from the minds of this packed intensely urban community’s members but La Finca del Sur proves otherwise. Albeit small, it is big enough to host several raised plots for fresh plants and serves as one of the few open spaces where neighborhood residents can enjoy a taste of nature close to home. The farm, which hosts cultural programs, also offers its space as a community meeting ground.

The fresh, organic vegetables from the farm provide the largely African American and Hispanic neighborhood with healthy food that not only fulfills the community nutritionally but culturally as well, providing a wholesome quality of life. La Finca grows okra, corn and collard greens, staples of traditional African America and Hispanic cuisines.

This trip was also an identity reinforcement for me. As an urban-dweller, who thinks a lot about Jewish tradition and food, I couldn’t help but think how “natural” urban farming is to the Jewish people. With the major exception of the Israelites’ wanderings in the desert, Jews have always lived urban and semi-urban lives. Ancient Israelites living in the land of Canaan were really city-village farmers, according to J. Maxwell Miller and John Hayes, authors of “An Ancient History of Israel and Judah.”

All peoples require a culture of food that is not only delicious but is available close to home, in the very cities we live in. What might seem like a new phenomenon today has actually been done for thousands of years. It is no wonder that urban farms are so sustainable — providing sustenance for our environment and for ourselves, emotionally and culturally.

For residents of the South Bronx to say that amongst so many issues of pollution and toxins and all kinds of livelihood difficulties, food and farming are one part of the key to fixing them, is a true testament that local, sustainable food is a matter of securing social justice.

As Jews, who are taught to see justice at all times, we should continue to be aware of urban farming projects, support those in low income communities, and raise our own community’s self awareness.

Ilana Krakowski is a senior in the Double Degree program of Barnard and JTS and is an intern at Hazon.