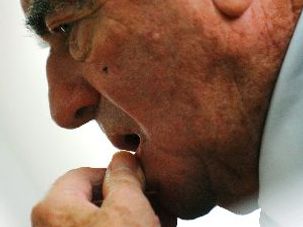 White House: Obama Did Not Send Letter To Bibi

The White House denied on Thursday that U.S. President Barack Obama sent a letter to Prime Minister Benjamin Netanyahu proposing a set of U.S. guarantees to Israel in exchange for Israel extending a freeze on settlement construction in the West Bank for another two months.

Four Years On, Israel Says It's 'Making Every Effort' To Secure Shalit's Release

The Israeli government declared Monday that it was committed to seeing Israel Defense Forces soldier Gilad Shalit freed after nearly four years of captivity in the Gaza Strip, hours after the soldier’s parents announced plans to intensify their campaign to pressure Prime Minister Benjamin Netanyahu into securing their son’s release.

One Israeli was killed, and over 30 were injured on Friday as an Israeli tourist bus overturned near the Jordanian capital of Amman.

A video of captive Israel Defense Forces soldier Gilad Shalit was broadcast on Israeli television on Thursday, showing the gaunt soldier holding a Palestinian newspaper dated September 14, 2009. In the video, Shalit is seen saying that he was feeling healthy and being treated well by his captors.

Israel is kicking off a public relations campaign with the intention of widening a basis for international support of a military offensive on the Gaza Strip. Foreign Minister Tzipi Livni has instructed Israeli representatives abroad to begin diplomatic efforts focused on members of the United Nations Security Council and Europeans states.