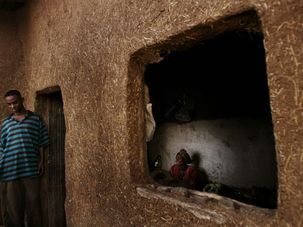 Ethiopian Jews suffer an impoverished life while waiting years for permission to make Aliyah. Now, Covid-19 has put their lives in peril.

Let Each Congregation Choose for Itself

In our increasingly black or white, left or right, right or wrong world, where fundamentalisms of all kinds increasingly flourish, it is neither convenient nor glamorous to claim the center. But that center, where we are challenged to balance newly received wisdom with tradition, new information with moral concerns, facts with beliefs, is where we in the Conservative movement position ourselves.

Check Out Working Conditions Before Checking In for Business

Last week the Conservative, Reconstructionist and Reform movements — encompassing the vast majority of American Jews — became founding members of the Informed Meetings Exchange, or Inmex. We feel strongly that Inmex, an independent organization that provides objective information on working conditions within the hospitality industry, will help

Unfinished Business at the Jewish Agency

Sallai Meridor’s surprise announcement on May 10 that he would relinquish his chairmanship of the Jewish Agency for Israel and of the World Zionist Organization caught many, including me, off guard. I can only hope that whoever is chosen to replace him later this month is committed to seeing through to completion the important work

One year ago this month, I announced a new campaign for Conservative synagogues in order to strengthen Jewish commitment. The campaign articulated a vision of synagogues stimulating congregants to climb the ladder of Jewish living by urging Conservative Jews to make a personal “Compact of Conservative Commitment.” The compact was based