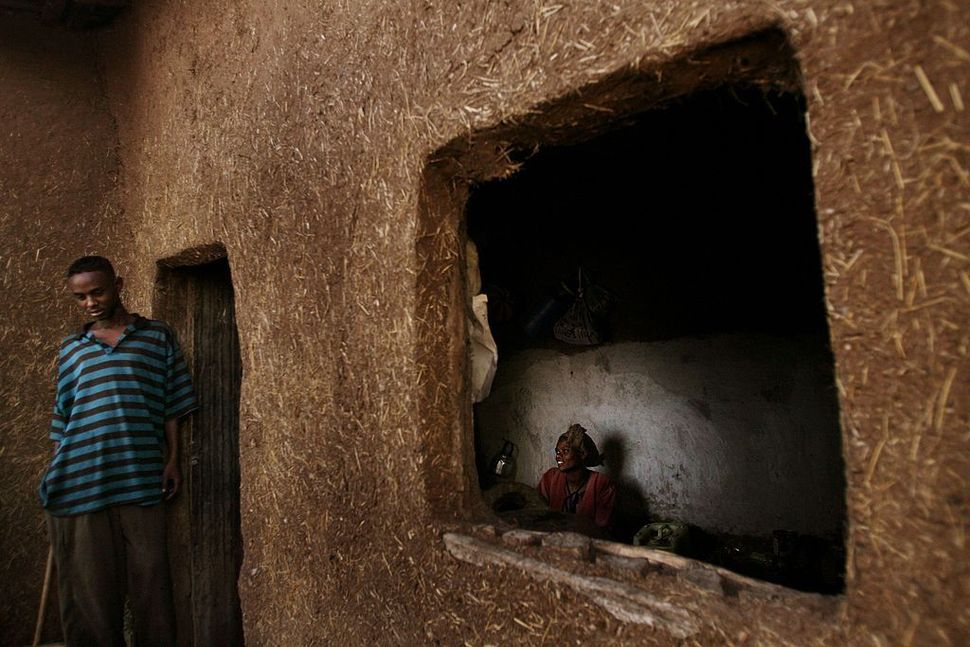 Ethiopian Jews in their adobe mud hut on April 29, 2007 in Gondar in northern Ethiopia. (Photo by Uriel Sinai/Getty Images) Image by Getty Images 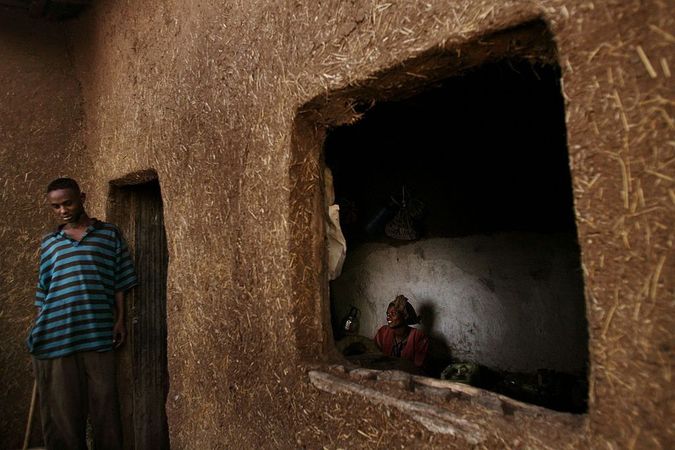 Ethiopian Jews in their adobe mud hut on April 29, 2007 in Gondar in northern Ethiopia. (Photo by Uriel Sinai/Getty Images) Image by Getty Images

Immediately after the normally joyous holiday of Passover, Jews enter the period of Sefirah, a traditionally somber time that concludes seven weeks later with the joyous festival of Shavuot. The Talmudic tractate of Yebamot ties this period of sadness to the fact that thousands of disciples of the great sage, Rabbi Akiva, perished in a single year due to a devastating plague between Passover and Shavuot. The Shulchan Aruch ties the feeling of sorrow that occurs during this time of the year to the great massacres resulting from the Crusades. In many communities, this is a time when weddings do not take place, and music and dancing are prohibited.

Today, during this Sefirah period, we are experiencing our own plague, our own massacre. Covid-19 has caused death. It has separated families and friends. And it has forced nearly everyone to make serious financial choices. But, fortunately for most of us in the Jewish community, there are resources to help us if we are in real need. Federations, congregations and other Jewish organizations are providing support for those in need. They deserve our recognition and our profound gratitude.

Unfortunately, there are over 8,000 Jews stranded in Ethiopia who have no real support. Even during normal conditions, they suffer an impoverished life while waiting for years — some for decades — for permission to make Aliyah. But Covid-19 has put their lives directly in peril.

We are told to wash with soap and water regularly. Even young children know that! But, what is an Ethiopian Jew to do without sufficient soap and access to running water? Families of six and eight live in small one-room huts. How can they protect themselves when one of them becomes infected?

For years, together with our partner organization, the Struggle to Save Ethiopian Jewry (SSEJ), the North American Committee on Ethiopian Jewry (NACOEJ) fed people regular meals in compounds in Gondar and Addis Ababa. Many would gather daily to eat the small daily rations that we were able to prepare. Now, because of the requirement of “social distancing”, we are forced to expend resources that we do not have to prepare meals for them to take home to their families, simply so that they will not starve.

Medical care in Ethiopia is a challenge in normal circumstances. This modern-day plague presents new challenges. Without providing additional help, sickness will result in an unimaginable death count.

It is, of course, true that the Covid-19 virus will not discriminate between Jew and non-Jew in Ethiopia. Illness and death from this plague will not distinguish between religions or ethnic identities. The world’s Jewish community, however, has a special, pointed responsibility towards Ethiopian Jews, both because they are fellow Jews and because they live in Gondar and Addis Ababa only due to the Government of Israel’s refusal to grant their urgent plea to make Aliyah.

It is true that none of us, individually, can cure Covid-19. And, none of us alone can solve the problems faced by Ethiopian Jews suffering from the virus. NACOEJ is blessed by a helpful grant from the Jewish Agency that will provide some aid. We are fortunate that many individual donors have made contributions to help. All of this is making a profound difference. But, sadly, it is not enough. Ethiopian Jews need the help of the organized Jewish community to survive. Because the Jewish communal institutions have so many critical priorities today, it is clear that the plight of Ethiopian Jewry cannot be the only or, even, the main priority. The challenge, however, is to prioritize the health of Ethiopian Jews so that rather than the Sefirah period being one of despair, we will arrive at Shavuot knowing that we have done our part to bring hope to those who need it.