Will Tunisians Rue Their Revolution?

It is somewhat ironic that Tunisia would be the catalyst for revolutionary upheaval in Egypt and, quite possibly, for future uprisings in the Arab world. Tunisia’s founding father, Habib Bourguiba, turned his nose up at Gamal Abdel Nasser’s pan-Arabism, emphasizing instead his own country’s uniqueness and forging close ties with the West. And, as I have repeatedly found over the years by way of their lukewarm response to my distinctive Egyptian dialect, ordinary Tunisians don’t have much love for Egyptians, who are seen as hypocrites for their pervasive, but often superficial, displays of piety. 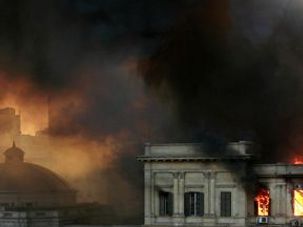 This year’s presidential campaign featured vigorous debate over American policy toward Iraq, Iran, Pakistan and Afghanistan. In contrast, Egypt, a longtime pillar of American foreign policy, has remained completely off the radar. This is worrying, because the Arab world’s most populous country will pose a daunting challenge to the next president.