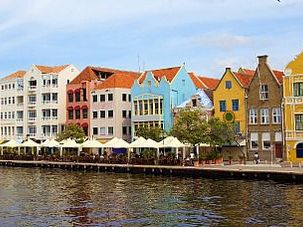 More than 900 mourners gathered Tuesday afternoon at a Chabad-Lubavitch synagogue in South Florida to pay their respects to 16-year-old Daniel Wultz, a victim of a suicide bombing in Israel last month.So many mourners showed up to the service that the fire marshal barred any more from entering, forcing about 100 people to stand in the rain and

Sara Zwerin, 89, of Sunrise, Fla., barely can walk and is legally blind, but she is an avid card player who plays canasta at Daniel D. Cantor Senior Center three times a week, using special large-print cards.And, as of last week, she is also a bat mitzvah.Like most elderly Jewish women, Zwerin never had a bat mitzvah, since the coming-of-age

HOLLYWOOD, Fla. — The battle to secure kosher meals for an observant Jew serving a life sentence in a Florida prison has been won, but activists say the war is not over. It is still being waged in Florida and a handful of other states that refuse to offer kosher food to inmates.The Florida Department of Corrections recently settled a lawsuit

HOLLYWOOD, Fla. — At the recent High Holy Day services at Temple Sinai, the usual mixture of Hebrew and English echoed throughout the Conservative synagogue’s sanctuary. But, for a portion of the service, a new language was added to the mix: Spanish.Temple Sinai is one of a growing number of South Florida synagogues responding to the

HOLLYWOOD, Fla. — A chasidic rabbi in this South Florida city says he is heading to federal court to fight a decision ordering his congregation to stop holding services at two adjacent houses in a residential neighborhood.After a contentious seven-hour meeting that lasted until 3:30 a.m., the city commission here voted 5 to 2 to deny the request