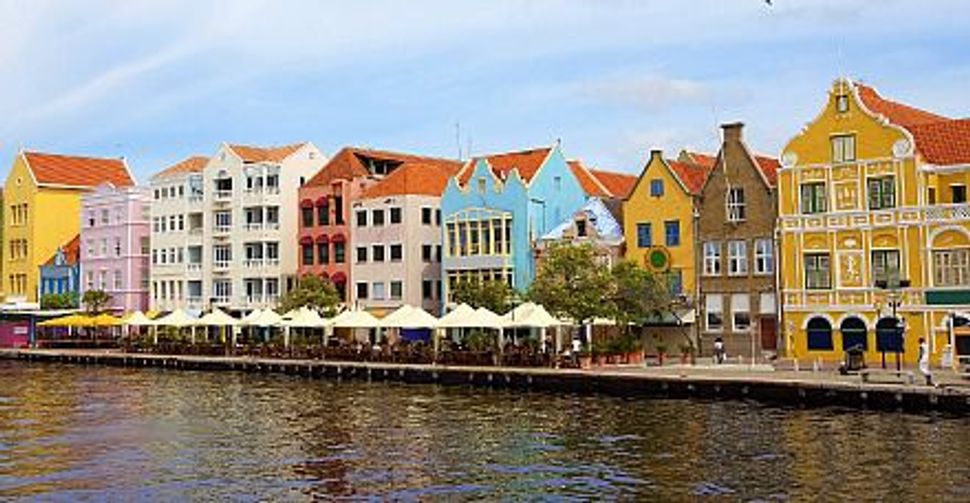 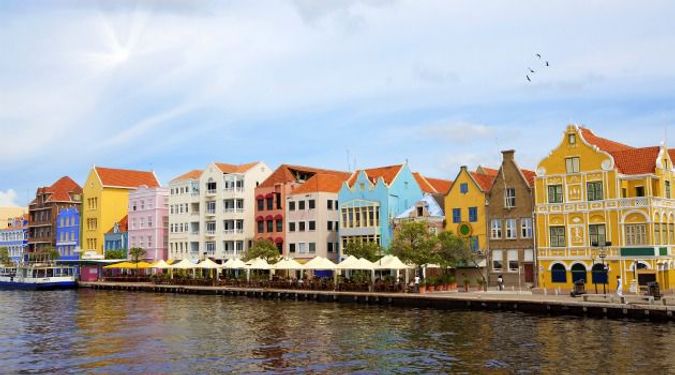 Sandy Synagogues: For those looking to find Jewish heritage in the Caribbean, there are remnants of historic communities and even synagogues with floors of sand. Image by istock

Whether traveling alone or on one of several Jewish-heritage cruises, the old synagogues, cemeteries and even a Torah still in use since 1659 reveal a rich history of Jewish culture that took root here around the time of the Pilgrims.

Harry Ezratty, Baltimore lawyer, historian and former resident of Puerto Rico, wrote the book “500 Years in the Jewish Caribbean.” He said American Jews tend to focus on the history of Jews “who immigrated to New York in the late 19th century” and are surprised to learn that Jews were the earliest European settlers to the Caribbean.

Ezratty said that many fled religious persecution in Spain and Portugal, heading first to Amsterdam and then across the Atlantic to Brazil. Later, having learned about agriculture in the New World, they put that knowledge to use in the sugar cane fields of the Caribbean.

By the 18th century, half of the Jewish population of the New World was in the Caribbean or Dutch colonies, according to Stephen Berk, a professor of history, the Holocaust and Jewish studies at Union College, in Schenectady, N.Y.

Today, major historical Jewish sites can be found on the islands of Curacao, St. Thomas, Barbados, and tiny Nevis and St. Eustatius. Here are some must-sees.

On the island of Curacao, the Jewish community dates back to 1651. The first arrivals were 10 to 12 Sephardic Jewish families from Amsterdam’s Portuguese community. They established the Reconstructionist congregation Mikve Israel-Emanuel. A second group of settlers followed in 1659, bringing a gift: a Torah scroll still in use today.

For nearly three centuries, Sephardic Jews were the only Jews to inhabit Curacao. Then, in the 1920s, an influx of Ashkenazi Orthodox Jews arrived and consecrated the synagogue Shaarei Tsedek, as well as a social club. The Curacao Community Hebrew School still holds classes four days a week for the 450 Jews remaining on the island.

The Mikve Israel-Emanuel synagogue. The oldest synagogue in continuous use in the Americas, Mikve Israel was built in 1703. The building is known for its solid mahogany interior, 18th-century copper chandeliers and famed sand floor.

Jewish Cultural Historical Museum. Connected to the Mikve Israel-Emanuel synagogue, it houses such religious artifacts as centuries-old circumcision chairs, a Passover table, remains from a 1728 mikveh and 18 Torah scrolls from Spain that are more than 300 years old.

Beth Haim Cemetery. One of the first cemeteries in the New World, it was established in Curacao in 1659 and contains 2,500 graves inscribed in Portuguese, Hebrew, Spanish, English, Dutch, French and even Yiddish.

Sephardic Jews began arriving in Barbados in 1628, encouraged by the British, who colonized it a year earlier. They consecrated synagogue K.K. Nidhei Israel (“The Dispersed Ones of Israel”) in 1654.

Engaged in the cultivation of sugar and coffee, the Jewish community thrived. But a hurricane devastated the island in 1831, and the Jewish population declined to 70. By 1925, no Jews remained on Barbados. Then, handfuls of families arrived during the Holocaust. Today, 40 Jews live on Barbados; these Jews initiated the Caribbean Jewish Congress.

Synagogue Lane and Nidhe Israel Synagogue. Visitors can stroll down Synagogue Lane toward the reconstructed Nidhei Israel Synagogue, considered the oldest in the Western Hemisphere. The synagogue features a dark wood ark, grand European chandeliers, a stained-glass window etched with the Star of David and black-and-white marble floors.

The Jewish Cemetery. Here, graves date back to the 1660s and include a few outstanding names, including Samuel Hart, son of prominent English businessman and founder of the Great Synagogue of London, Moses Hart, and Moses Nehemiah, the first Jew to reside in Virginia.

The Nidhe Israel Museum. The museum features artifacts and interactive exhibits. One of the more exciting pieces: a 17th-century mikveh discovered in 2008, when archaeologists were digging in the synagogue’s parking lot.

The island is the site of a second sand-floor synagogue. Jews first settled in St. Thomas in 1655, when it was ruled by Denmark. By 1850, the Jewish community numbered 400. Famous Jews born here include French Impressionist painter Camille Pissarro and David Levy Yulee, Florida’s first senator.

A highlight of any visit to St. Thomas:

St. Thomas Synagogue. Dating back to 1796, it is the oldest synagogue in continuous use under the American flag (St. Thomas is part of the Virgin Islands, an American territory). Services have been held here on every Sabbath since 1833, with only one exception: in 1995, when Hurricane Marilyn struck. The synagogue was built in Sephardic style, with congregants facing each other and with the bimah and the Holy Ark — both made of mahogany from the island — opposite each other. Visitors can take a tour led by a docent and even receive personal blessings for healing from the cantor or rabbi if they request it.

There are two theories about the origins of the synagogue’s sand floor. One is that it symbolizes the desert through which Moses and the children of Israel wandered for 40 years. The other theory, considered by experts the more likely explanation, is that the floor harkens back to when Spanish Jews had to practice their religion in secret, meeting in cellars to pray.

The islands east of Puerto Rico and the Virgin islands are so tiny that a ferry is the primary mode of transportation to get to them. St. Eustatius, which holds a prominent role in the Revolutionary War as one of the first nations to support the United States, is recognizable from afar because of its 1,975-foot dormant volcano.

The 1678 Nevis census listed eight Jewish families. A major archaeological effort is currently under way to uncover and preserve the Jewish cemetery, which is reached by a path called “Jew’s Walk.” This pathway is thought to lead to a still undiscovered Jewish school and synagogue.

The existence of the school is known through biographies of Alexander Hamilton, who was born in Nevis. Hamilton’s mother was married to a Danish Jew and later cohabited with a Scot. This prompted the local Anglican school to prohibit Hamilton from attending.

There is some speculation as to whether Hamilton was Jewish. According to a biography, “Alexander was taught by a Jewish head mistress and… soon was fluent in Hebrew and French,” sparking rumors about a onetime Jewish school.

Highlights of Nevis and St. Eustatius include:

Ancient cemetery and Honen Dalim synagogue. On St. Eustatius, the last Jewish resident died in 1846; however, Jewish history lives on with an ancient cemetery and the magnificent ruins of the Honen Dalim synagogue. In 1981, a bar mitzvah was held at the ruins. In 1993, Jews from neighboring islands held a Sabbath celebration there. The synagogue’s walls were restored in 2001, and now a major effort is under way to complete the restoration and turn the synagogue into a museum dedicated to the history of Jews on the island.