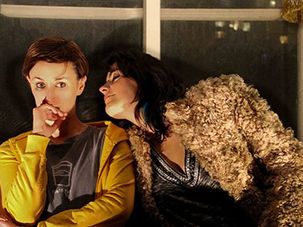 Large theaters in 2010 seemed to mostly recycle earlier images of Jews, familiarly corrosive or sentimental (“Angels in America,” “Driving Miss Daisy,” “Collected Stories,” even “The Merchant of Venice”). It was left to smaller theaters to take fresh approaches to modern Jewish life and recent history. David Greenspan portrayed hilarious and hair-raising marital discord in his superb one-man show, “The Myopia,” from the Foundry Theatre; Deb Margolin made something fascinatingly eroticized and religious out of a front-page financial scandal in “Imagining Madoff” at StageWorks/Hudson; the resourceful Flux Theatre Ensemble re-imagined the Old Testament on a shoestring in “Jacob’s House”; in “Lingua Franca” at Brits Off-Broadway, gifted veteran playwright Peter Nichols conjured a sexy German émigré clinging to her anti-Semitism while teaching English in post-World War II Italy; and Vern Thiessen tackled infrequently dramatized Soviet prejudice in his effective black comedy, “Lenin’s Embalmers,” produced by Ensemble Studio Theater. 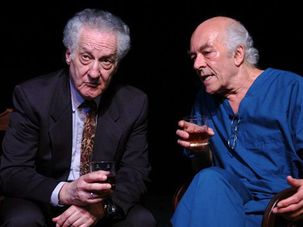 When the Bernard Madoff scandal broke in 2008, some Jews feared a rise in anti-Semitism, predicting that age-old stereotypes of the greedy Hebrew would be awakened and again perpetuated. Now, nearly two years later, despite a minor increase in typically anonymous, bigoted comments on websites and blogs, it remains mostly a Jewish obsession: How could he have done it to his own tribe? 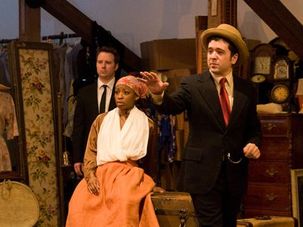 The Book of Genesis is filled with replacement and impersonation: Jacob disguises himself as his twin, Esau, to get his father’s inheritance; Rachel replaces her sister, Leah, in Jacob’s bed. So maybe it’s fitting that the new Bible-based show, “Jacob’s House,” at New York’s Flux Theatre Ensemble, is itself a replacement. 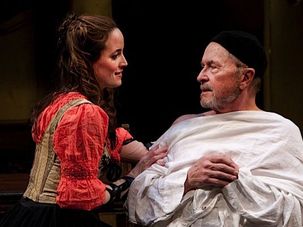 Dramatic adaptations are both a sort of marriage and a kind of alchemy: a mystical merging of two artists to produce a new creation in a different form. This is fitting for Isaac Bashevis Singer, since matrimony and magic both provide subjects for much of his work, including his short story “The Unseen,” which has now morphed into a play called “Sin” by Mark Altman. 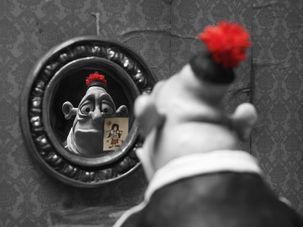 The February 2 announcement of the Academy Award nominations will include five nominees for Best Animated Film, instead of the usual three, a testament to the large number of worthy contenders this year (or maybe just the pressure applied by major studios to push their most lucrative product). It means there may be room for a dark horse: the Australian Claymation feature, “Mary and Max.” 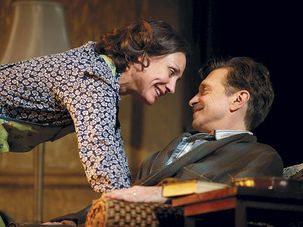 Given Neil Simon’s hugely successful career in light comedy, the quick cancellation of “Brighton Beach Memoirs,” above, was surprising; maybe it shouldn’t have been, Laurence Klavan writes. Over the summer, much was made in the media of the success of Quentin Tarantino’s Jewish revenge picture, “Inglorious Basterds.” A mix of structural virtuosity and moral and emotional nincompoopery, the film expressed Tarantino’s lip-smacking love of torture, and titillated audiences were delighted by its sadism. 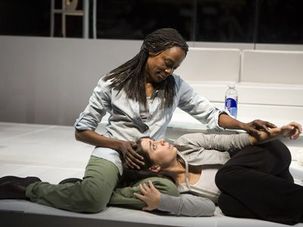 Brooklyn’s community of Syrian Jews — defensive, insular, affluent and bound by a 75-year-old edict that forces excommunication upon anyone intermarrying — is a big and mysterious subject, one ripe for dramatizing. Zev Chafets’s excellent article about it, “The Sy Empire,” which ran in The New York Times Magazine in 2007, had odd and arresting details that could fill more than one film, play or novel. There could be a miniseries about the scandal over the Crazy Eddie consumer electronics chain (owned by Syrian Jews) alone. 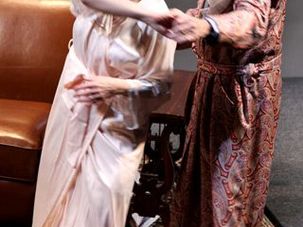 Murray Schisgal was one of the first and most celebrated “black comedy” playwrights of the 1960s and ’70s. He (and other men, largely Jewish and first-generation American) wrote tough, elegant — and, for the day, satirical — comedies about sexual and other struggles in a vibrant, decaying New York. His 1964 play, “Luv,” in which Alan Arkin, Eli Wallach and Anne Jackson formed a neurotic love triangle, was a Broadway hit and a Tony nominee for best play. In his 1993 New York Times review of “In Persons,” an evening starring Wallach and Jackson, Frank Rich said “Luv” was “one of the funniest [plays] ever seen on Broadway” and asked, “[I]s it too much to hope that a new Schisgal comedy might be waiting for them in the wings?”