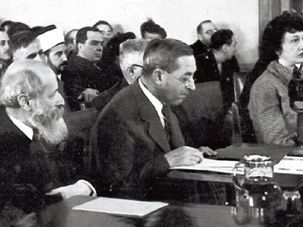 Judah Leib Magnes may just be the most important American Jewish leader you have never heard of. Born in Northern California in 1877, the baseball-loving Magnes was integral to the creation and development of nearly all major American Jewish organizations, from the American Jewish Committee to Hadassah. He was also one of the principal founders of the Hebrew University of Jerusalem and served as its head for its first 23 years. Magnes, who died a few months after the creation of the State of Israel, in 1948, is largely forgotten today because, as a passionate advocate of a binational state in Palestine in which Jews and Arabs had equal rights, he ended up on the wrong side of history. 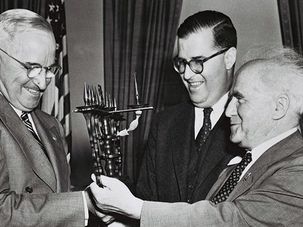 Harry and the Holy Land

It is one of the great ironies of history that a little-known “Midwest Baptist” whose mother-in-law would not allow him to entertain Jews at home, and who scribbled antisemitic diatribes in his diary, was responsible for cementing the return of Jewish sovereignty to the Holy Land after 2,000 years of often painful exile.

At the end of the classic John Ford Western, “The Man Who Shot Liberty Valance,” after Senator Ransom Stoddard (played by James Stewart) confesses that he is not the genuine hero people have made him out to be, a local newspaper editor gives this immortal reply: “This is the West, sir. When the