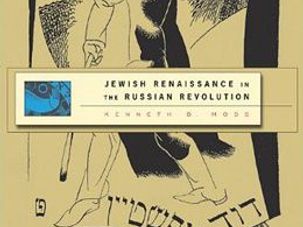 By early 1917, the Russian Empire was going up in flames. In the dark and cold Petrograd winter, bread shortages and other bitter wartime conditions resulted in demonstrations, strikes and mutiny by Tsar Nicholas II’s troops. That February, the tsar abdicated his throne. He was replaced by the highly unstable “Dual Power” — a joint rule of a liberal Provisional Government and a socialist Petrograd Soviet. This was the February Revolution, and it marked the start of an explosive moment of cultural history illuminated in Kenneth Moss’s brilliant new book, “Jewish Renaissance in the Russian Revolution.”