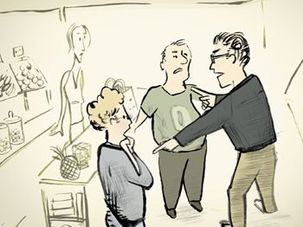 There’s an old joke about a boy who comes running home from Hebrew school shouting: “Mommy, Mommy! I just got a part in the school play!” 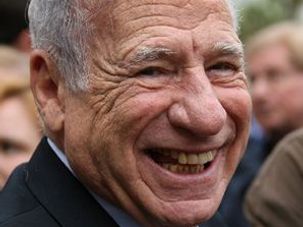 Fans of the 1974 movie might not believe this, but Mel Brooks was forced to include the song “Puttin’ on the Ritz” in “Young Frankenstein.” The monster forcing him was Gene Wilder. 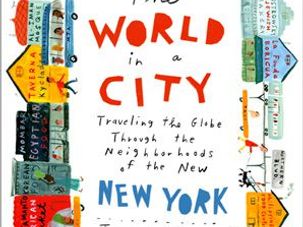 Joseph Berger’s new book, “The World in a City,” will make you hungry.

Getting bumped from the “Tonight Show” sucks — but getting bumped three nights in a row feels like wandering in the desert for forty years. At least that’s how David Steinberg describes it in his new quasi-memoir, “The Book of David.”

How many Jews does it take to produce an Arab American and Muslim American comedy show?

Danny Meyer won’t be cooking this Thanksgiving. When the Forward visited Meyer in Manhattan at his Union Square offices to ask the great restaurateur how to prepare for a Thanksgiving party, his answer was: “Spend the week before just loving each other. By the time [Thanksgiving comes], the warmth in your house will be palpable.”

Could it be that the Wild West — that vast frontier immortalized by the likes of Gary Cooper and John Wayne — bears a startling resemblance to the Mild East? Specifically, the Eastern European Jewish shtetl?

Haplessly Turning the Tables on a Poker Ace

the hapless jewish writer once lost $50 in less than five minutes, playing texas hold’em.The loss occurred at a somewhat sketchy underground poker room that was run by Orthodox Jews in the Park Slope section of Brooklyn and featured free punch and Hydrox cookies. The HJW asked for $50 in poker chips (the lowest amount they were willing to give

The name “Gyllenhaal” crops up in a lot of movies these days.There’s actress Maggie Gyllenhaal, America’s sexiest secretary. There’s her younger brother, Jake, who has performed in everything from Gulf War epics to gay cowboy flicks. There’s Stephen, their father, a longtime television and film director. And

You’d think that at the Friar’s Club, they could make fun of anything.The famous New York humorists’ lair certainly has had its share of tasteless acts over the years. But when it came to the subject of the Gaza disengagement, one recent Friar’s Club performer found precious little to laugh about. “That’s like saying, ‘Do you