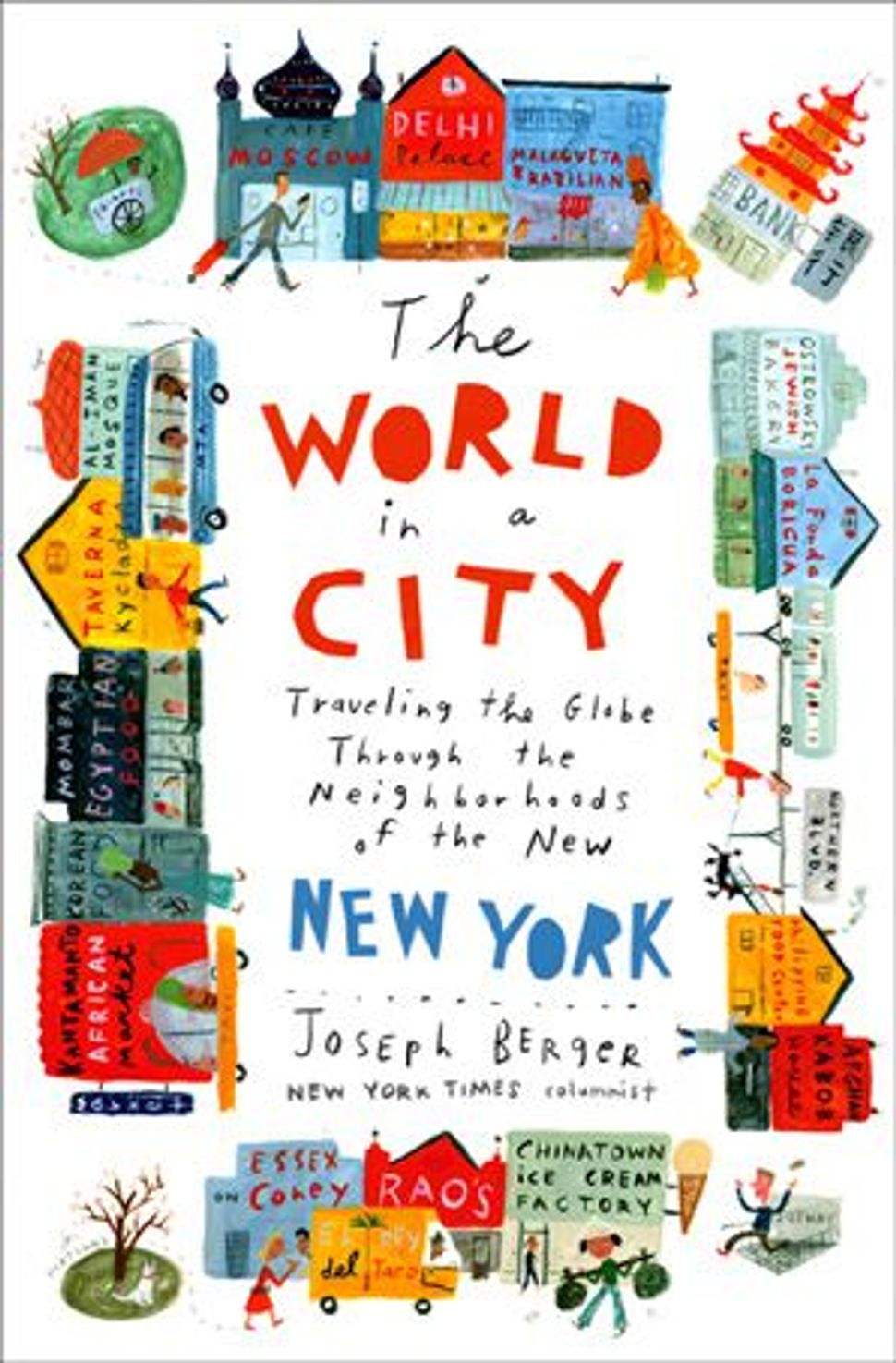 The World in a City: Traveling the Globe Through the Neighborhoods of the New New York 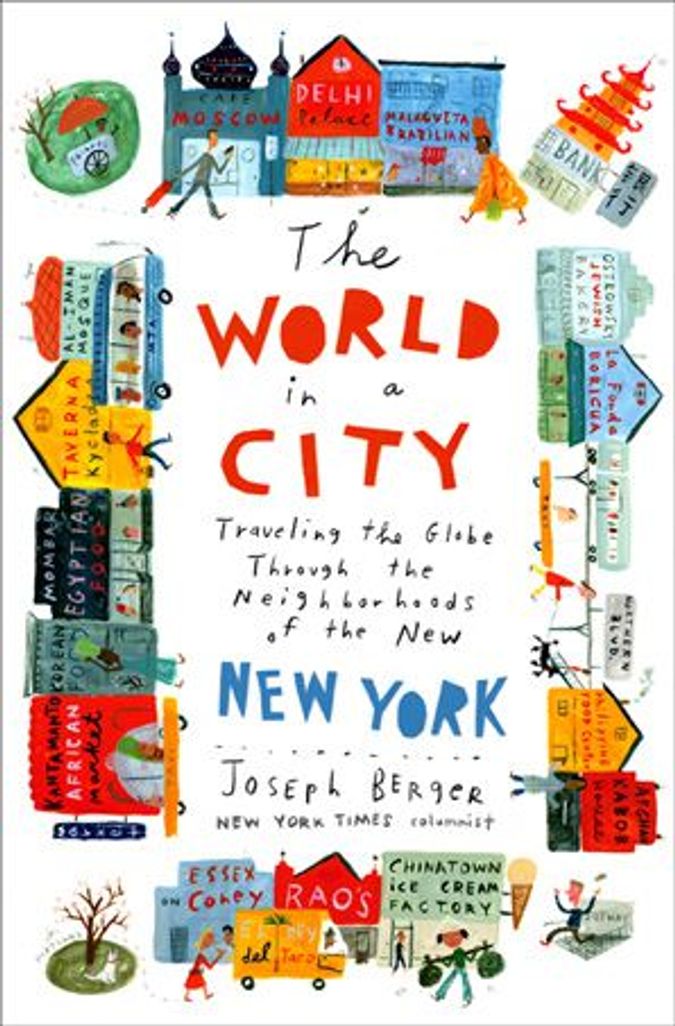 Joseph Berger’s new book, “The World in a City,” will make you hungry.

In any case, it made me hungry.

The book can be summed up neatly by its subtitle: “Traveling the Globe Through the Neighborhoods of the New New York”; it’s part reportage, part travelogue. Berger (who is a columnist for The New York Times) wanders through the streets of Manhattan’s Chinatown, Brooklyn’s Ditmas Park, Queens’s Jackson Heights and Richmond Hill, and more than a dozen other New York City neighborhoods to give his readers a glimpse inside the melting pot of the city in 2007.

You won’t find much in this book on SoHo or TriBeCa or any of the tony New York neighborhoods. This is a grittier New York as seen by immigrants and middle-class people who have long since been pushed out of Manhattan but keep the city running by manning the coffee wagons on Madison Avenue, or picking up litter in the subway. And damned if it doesn’t whet your appetite.

Astoria, Berger’s first stop, is one of those culinary bonanzas. For decades, the Queens neighborhood was Greek (and you can still find some of the best moussaka and roasted lamb in the city on Ditmas Boulevard), but as the children of the first few waves of Greek immigrants grew up and went off to college, the neighborhood changed. Arabs took over the two-block stretch between 28th Avenue and Astoria Boulevard, opening Jordanian bakeries and kebab houses. Southern Astoria has become home to a thriving Brazilian population, and on Friday and Saturday nights the streets assume a carnival’s atmosphere. Of course, it’s not all a carnival. When Berger speaks to the remaining Greeks of Astoria, you can feel the despair. The restaurants, Greek Orthodox temples and Hellenic stores took generations to build and were the product of so many hopes and dreams — and now the children and grandchildren of those laborers have abandoned them for more attractive deals on Long Island or in Manhattan.

It’s only natural. One could call it the American dream. But nevertheless, it is heartbreaking that it all could disappear so easily. Each neighborhood that Berger visits has a similar story of loss, as well as revitalization. And a number of nabes have fascinating stories of the last holdouts. There is a wonderful portrait of the only remaining Italian barber in East Harlem; a fascinating look at a Chinese cobbler who does his business in Chinatown, on the street (as his ancestors had done in China for generations), and the story of Brooklyn’s Gerritsen Beach — a whole neighborhood that has managed to maintain the character of a quaint fishing village. (The economic and ethnic makeup — blue collar and white — has pretty much been frozen in time for the past few decades.)

And, far from being just a series of portraits of neighborhoods and personalities, Berger’s book includes first-rate reporting, as well.

Berger delves into the Uzbek Jewish population in the Rego Park section of Queens, where there is a considerable domestic abuse problem. He explains why there are such a large number of Filipino nurses in New York hospitals. He talks about the snobbishness that Indian-born Indians feel toward Trinidad-born Indians.

Each neighborhood is its own little universe with a whole new cast of characters.

In some cases, things move full circle (sort of) for a neighborhood. The final chapter of the book is dedicated to Manhattan’s Lower East Side, once the hotbed of Jewish and Italian immigration (and where the Forward used to be published). The immigrant population long since departed… only to be replaced by these immigrants’ grandchildren. Berger spends an afternoon walking around the neighborhood with Amy Zimmer, a young lady whose grandfather was born on Eldridge Street. Zimmer moved to the neighborhood when she began living on her own.

“The World in a City” is an immigrant’s book, and New York was the Jewish gateway to the New World. The book tells the Jewish immigrant’s story — acted out by non-Jews. There are big differences, of course, but many problems that Jews faced a century ago are being faced again, this time by Indians or Ecuadorians or Afghans. For Jewish readers, for New York readers — for every reader, really — this book is a great feast. A feast that will make you hungry.

Max Gross is a reporter for the New York Post.