Culinary Memories of a Sweet and Sour Iraq

The elderly woman steps up to her stove, quite agile for her 80-something years and pushes aside the platter of fried fish fillets we are not quite ready for. “Now you put [in] the sour,” she says to me dipping her fingers into the plastic spice jar and sprinkling the powder into the bubbling sauce. I try and estimate about how much she is using.

My boyfriend is Brazilian. To look at him you’d probably think he was Middle Eastern, with his dark complexion. He speaks with an American accent that is very South Florida, but none-the-less he was born in Brazil. 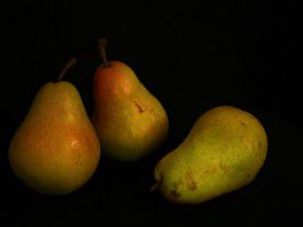 The soup was served by the cast members and the rest of the evening essentially continued as such.

There is a cheesecake sitting in my (boyfriend’s) refrigerator right now. At some point late last week I got it in my head that with Shavuot just around the corner I should make a cheesecake. 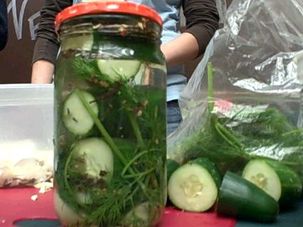 Pickling is really about preserving – extending the harvest and gaining additional nutritional value of eating fermented food (lactobacillus is good for you).

The holidays have been a lot of fun coming together, making new friends, eating, not eating, eating in a temporary shelter and somewhere in all the midst of that, one really terrific brunch after my sister’s wedding.