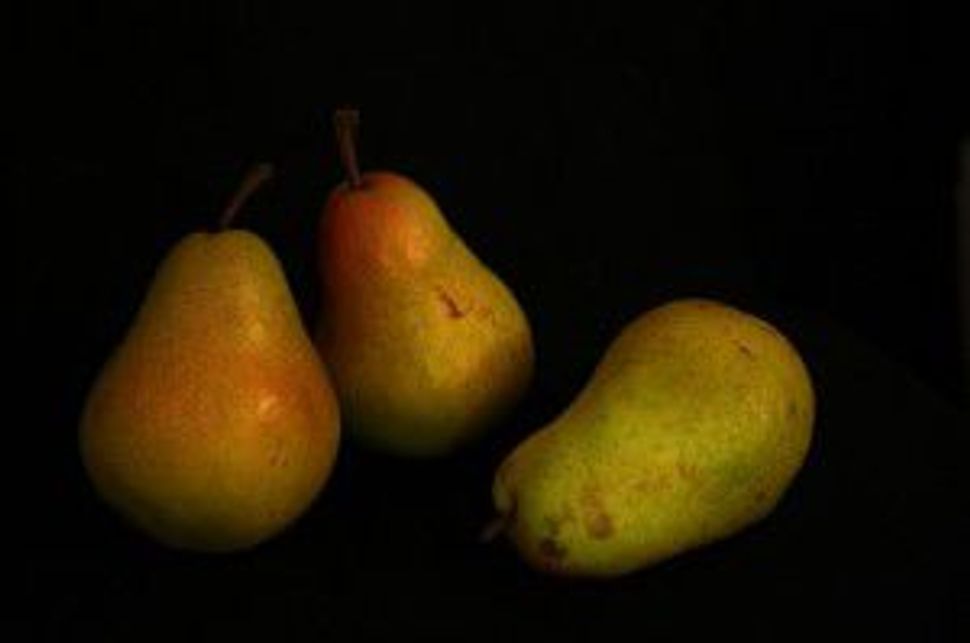 A couple of weeks ago my boyfriend and I enjoyed an amazing night out of some fun avant garde theater and some really yummy food at Conni’s Avant Garde Restaurant (which is having another performance this Monday at Joe’s Pub). What was really quite enjoyable was that the menu was built into the script and each course came with a performance. After drinks and mingling with the cast in the lobby the show started with music, introductions to the characters, rules for the evening (there was no ordering, there was plenty for seconds and this was not dinner theater). We were moved into the dinning area with long communal tables, an open kitchen, a streak of gratuitous nudity and several performance spaces.

The opening number was in fact a performance based on the following recipe – reprinted here with permission. The soup was served by the cast members and the rest of the evening essentially continued as such. (For example the main course was a pulled pork sandwich that was served after rock love ballad to eating pig. The vegetarian option was a delicious marinated portobello mushroom sandwich, but that didn’t get a song.) My boyfriend said he doesn’t normally like cold soups, but he went back for thirds that night. So I had to ask for the recipe. Although I didn’t reproduce the soup in quantities reprinted here, I did get a lovely smooth slightly savory but distinctly pear soup – really perfect for the fall. Enjoy!

Miss Conni’s Cold Pear Soup For a table of 10 with enough for seconds:

Juice the lemons and set aside. Roughly chop the leek, fennel & parsley. Add salt. Sweat in olive oil until translucent (saute with the pot covered). Meanwhile, core and roughly cut 6 pears into chunks and as you go set them in lemon juice. Mix the pears with about half the lemon juice into the pot, coating with the olive oil & vegetable mixture. Add water. Cover & simmer. Core & cut the remaining 6 pears into the rest of the lemon juice. By the time you are done with the second set of pears, the other pears should be nice ‘n’ soft. Put everything-the raw and the cooked- in a blender. Chill. For a single performance of Conni’s Avant Garde Restaurant, repeat 8 times.