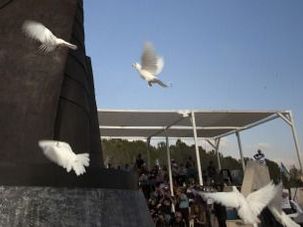 America’s agony on 9/11 was intensely felt by Israelis. The attacks on the World Trade Center were unique in their scope and devastation.

On Memorial Day, Reason to Remember

Sixty-six years ago this month, the war in Europe ended. My father, a corporal in a combat engineer company that had fought from Normandy through the Bulge, remembers looking up at a squadron of Allied bombers dropping leaflets over recently liberated territory. “Nazis Quit!” they read. He still has one of those leaflets, laminated, hanging on a wall in his home. 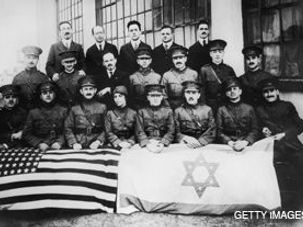 On June 1, some 100,000 people are expected to celebrate the 60th anniversary of Israeli independence at the annual Israel Day Parade in New York. And over the course of this year, as many as 30,000 young American Jews will visit Israel through Birthright, a program created to strengthen Israeli-Diaspora relations, and thousands more will come on educational exchanges and volunteer programs in distressed communities, kibbutzim and the army.