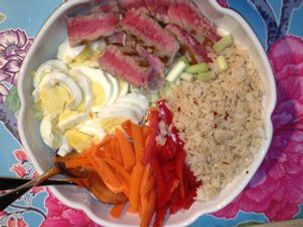 Scrumptious Shabbat Salads For Any Season

During the hot summer months my mother had a few standard Shabbat-lunch salads. There was a Carrot Pineapple salad made with crunchy sweet carrots cut into matchsticks and mixed together with a syrupy can of crushed pineapple. Also in her repertoire; a leafy green salad with chopped chicken and a dressing that I swear tasted like lemonade. Looking back on it I can’t blame her for her haphazard combinations, she just wanted to get back to her beloved rest-day ritual of devouring a good book or two. 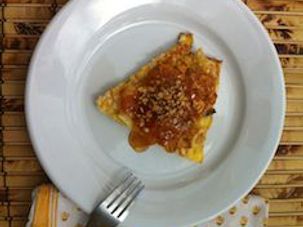 As a devoted, dessert-first, dentally-challenged lover of sweets I have often been disappointed by the hamantaschen. This iconic Purim cookie seems to me like a baked good whose main concern is its shape. The sweet center hardly ever extends itself past its expected core of apricot, prune, or poppy seed. The cookie crust that encloses its traditional center is often pale and plain in flavor and crumb, leaving nothing much to excited about beyond the triangle. I am calling for a hamentaschen makeover, because, really, a cookie is a terrible thing to waste. 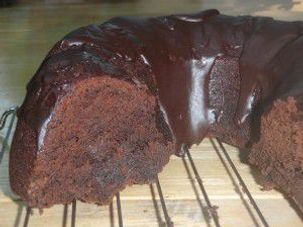 I had my sweet “eureka!” moment in the health food store yesterday, more specifically in the canned goods aisle. With a glance at a can of coconut milk, all my non-dairy dessert dissatisfaction just fell away.