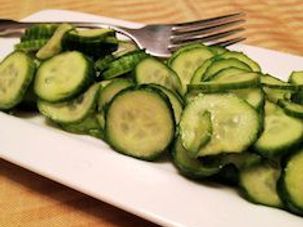 My Family's Cucumber and Vinegar Romance

The subject is often food when I’m talking with my mother, mostly by phone these days. I frequently ask her about what people were eating before I took up cooking for myself and how particular dishes were made. In her answers to these questions, there’s a whole lot more for me to learn, especially about our history.

According to “lexical supermaven” Sol Steinmetz, who passed away this fall, “kosher” ranks first among the ten most frequently used words Jews have given to American English.* An adjective originally meaning “fit to eat” according to the Jewish dietary laws, its slang uses have come to describe almost anything – from a person to an offer – that is genuine, reliable or legal. Similarly, something that’s “not kosher” could be not nice, but also unsavory or illegal. 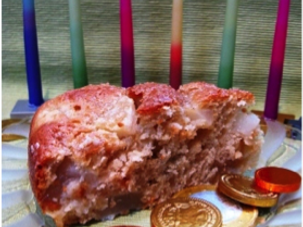 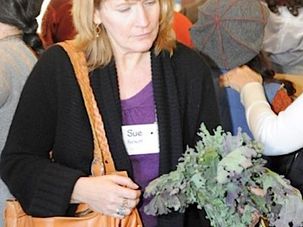 “Kosher Nation: Why More and More of America’s Food Answers to a Higher Authority”, the new book by Sue Fishkoff, which came out last week, is the first comprehensive study of the Jews who produce, regulate, and consume an increasingly vast selection of manufactured and home-grown kosher foods. Fishkoff traces kashrut from its biblical origins to the Agriprocessors’s scandal, to a bustling Shanghai trade show that features kosher products, and everywhere in between. Her accessible style and genuine interest in the people that she writes about make this book a compelling read for anyone interested in food and contemporary culture.

The Meaning of Not Eating

When I started telling people that I’m going to New York City for Yom Kippur, my friends and colleagues declared: “But you won’t be able to eat. What a pity!” Though, with almost a week in New York I will get in plenty of fressing (or intense eating) and food shopping in.