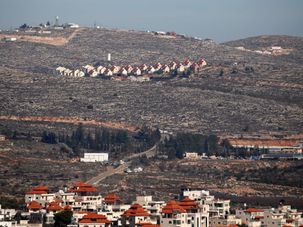 I walked slowly under overcast skies up a slight incline in the northern Israeli-occupied West Bank to where a thin man with a pole in his hands appeared to be measuring the land. I wanted to ask him, as a reporter, what he was doing there.