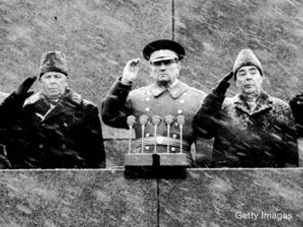 In the midst of celebrations marking the 40th anniversary of the Soviet Jewry movement, a set of recently released Soviet-era documents has shed new light on the beginnings of the wave of Jewish emigration that transformed Israeli and American Jewish life.

One recent Saturday night, about 50 people in a dozen cars gathered in the parking lot of a furniture warehouse in southeast Moscow for an event that could be described only as a combination of “Jeopardy!” “The Fast and the Furious” — and Talmud class.

After a 150-Year Intermission, Biblical-Themed Opera Reappears in Russia

The birth of Giuseppe Verdi’s third opera, “Nabucco,” came about almost by accident. In 1841, the 28-year-old Verdi, paralyzed by depression following the death of his wife and children, and the failure of his second opera, vowed never to compose again. Receiving a libretto from Bartolomeo Merelli, the impresario of Milan’s La Scala Theater, Verdi threw the manuscript violently on the table, causing it to fall open on the words of Hebrew slaves: “Va pensiero, sull’ali dorate,” translated to mean, “Fly, thought, on golden wings.” Inspired by this paraphrase from the Bible, Verdi decided to write a drama made for a great chorus, composing an opera whose popularity would turn his fate around.

The Whole Story on Being Half-Jewish

Half/Life: Jewish TalesFrom Interfaith Homes Edited by Laurel Snyder Soft Skull Press, 280 pages, $14.95. * * *|Much has been written about intermarriage in America, from informal polls and academic research to vituperative op-eds and book-length explorations. And yet, a surprisingly small portion of this literature actually documents the

Each month, in coordination with “Novel Jews,” our reading series in New York, the Forward publishes an excerpt from the work of that month’s series guest or guests. In deference to Yom Kippur, the reading series will not be held in October, but we decided everyone could still meet on the page. Here we offer readers a selection from