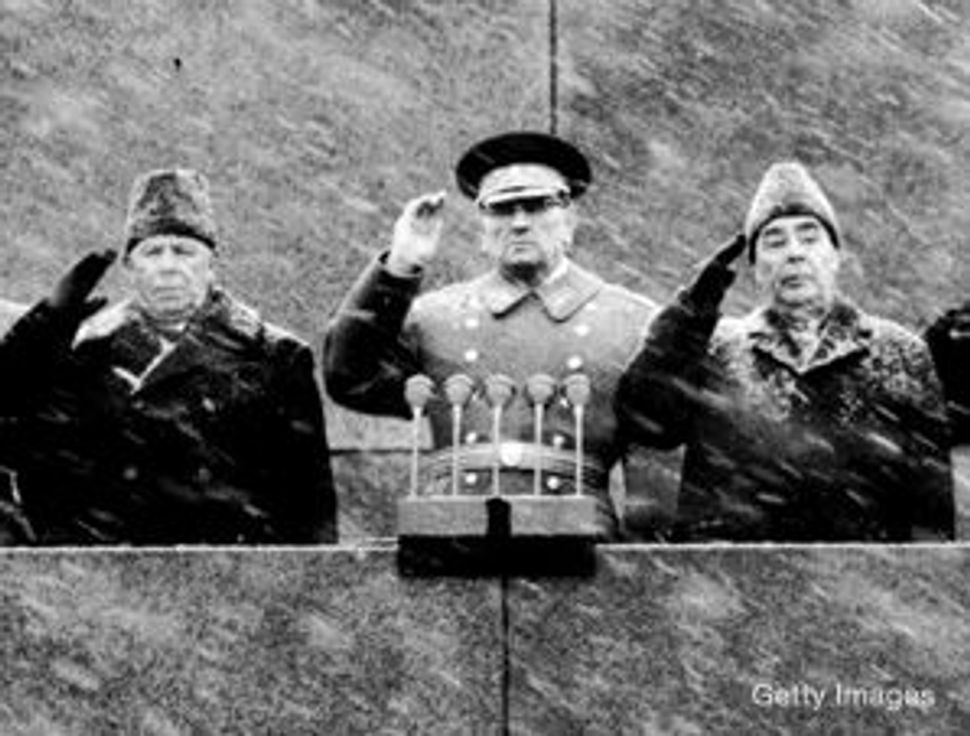 GOODBYE: Leonard Brezhnev, right, and other members of the Politburo in 1971, during the midst of the first rush of Soviet Jewish emigration.

In the midst of celebrations marking the 40th anniversary of the Soviet Jewry movement, a set of recently released Soviet-era documents has shed new light on the beginnings of the wave of Jewish emigration that transformed Israeli and American Jewish life. 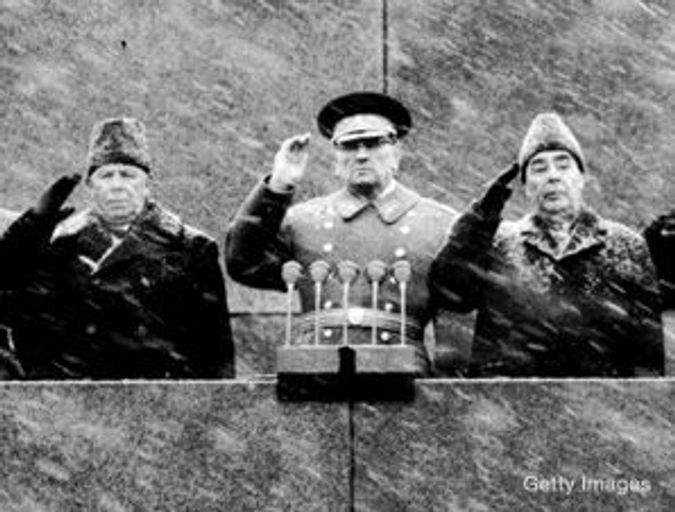 GOODBYE: Leonard Brezhnev, right, and other members of the Politburo in 1971, during the midst of the first rush of Soviet Jewish emigration.

The Jewish exodus from the Soviet Union, which formally began in 1967 when the Kremlin relaxed quotas on applications for exit visas, did not escalate into a mass movement until after the 1974 passage of the Jackson-Vanik Amendment, which limited trade benefits to countries restricting emigration. Leonid Brezhnev, head of the Soviet Politburo, responded to the proposed amendment with a closed Politburo session on March 20, 1973. For the first time, a transcript of this session has been made available, along with a KGB study that provided statistics on the population of Jews then leaving the Soviet Union. The study amounts to the first set of comprehensive statistics on the early years of Soviet Jewish emigration, a profile of those Jews taking the first plunge into expatriation.

Before the study was presented, the Soviet Politburo assumed — as many American Jews do to this day — that the majority of Jews choosing to emigrate were urban and generally college-educated. In the study, the Politburo discovered that only 13% of those who left during the first rush of emigration had a college education — and that the biggest number came not from Moscow, St. Petersburg and Kiev but from more marginal places, like Georgia and the Baltic Republics.

The transcript of the March 20 session has been published by several Russian media outlets. Recently, the Russian-language Jewish cultural journal “Notes on Jewish History” published the figures compiled in the KGB study.

The 1973 KGB report came at a turning point for the Soviet Jewry movement. Through most of the 1950s and ’60s, only a few hundred Jews were allowed to leave the Soviet Union each year. But in 1971, Brezhnev had relaxed the quotas on emigration in an attempt to improve relations with the West during an era of detente. In the year after this change in policy, 27,000 Jews suddenly applied for exit visas, almost three times the number that had applied the year before. Visas to leave were given to 25,523 — all to Israel, though many went on from there to the United States.

The Soviet government was now contending with the public implications of what might grow to be a mass exodus. The Politburo’s first response was to institute what is known in the West as the “diploma tax,” which required Jews who’d gone to college or graduate school in the Soviet Union to repay the costs of their education before leaving. In some cases, this fee amounted to more than a decade of annual salaries and made it impossible for many professionals to leave.

The tax generated outrage and, in the United States, sparked the passage of the Jackson-Vanik Amendment prohibiting the extension of trade benefits to countries that limited emigration.

It was in the midst of all this turmoil that Brezhnev asked the KGB to conduct its study on the history of Jewish emigration. The figures, drawn from KGB records, were meant to inform debate on whether or not the diploma tax should be formally repealed or simply applied selectively. Brezhnev dedicated himself to the issue with surprising zeal. He was never a wholehearted supporter of the diploma tax, and he worried about its effects on American-Soviet relations and trade. The report ended up being presented at a closed session of the Politburo on March 20, 1973, just four days after Senator Henry Jackson introduced the Jackson-Vanik Amendment in Congress.

The story this report told was a surprising one: Contrary to even the Politburo’s expectations, most of the Jews applying for exit visas in the years leading up to 1972 were not educated professionals or members of the intelligentsia, but sales clerks and people in minor trades. There were also those in unspecified lines of work that suggest involvement in Russia’s shadow economy — what we today might call business.

Of the 25,000 leaving in 1972, only 2,840 people, or 13.5%, had a college education. This included 1,162 engineers and 1,578 doctors, teachers and other professionals — figures that speak to the fact that the intelligentsia at that time was still staying put. Of those twenty-five-and-a-half thousand, just 26 people had doctorates and four had post-doctoral degrees.

In addition to the surprising findings about educational background, the study confounded preconceived ideas about the regions from where the émigrés came. The areas where the most Jews resided, including Russia’s major cities and the republics that were once part of the Pale of Settlement, had the fewest Jews initially leaving. Only six out of 1,000 Jews living in Moscow and its suburbs applied for emigration, while in St. Petersburg only three out of 1,000 Jews applied. It appears that the social risks of applying for an exit visa outweighed the potential benefits of emigration.

Those who did take the risk were predominantly Jews from Georgia, the Baltics and even Uzbekistan — places where the highly politicized Soviet culture was tempered by local traditions that often ignored the official dogma. Between 1970 and 1972, for every 1,000 Jews residing in each Republic, 261 left from Georgia, 198 from Lithuania and 123 from Latvia.

The KGB figures also challenged the common notion that Soviet authorities repressed all emigration. While plenty of Jews were denied visas — former employees of military industry, visible figures in the arts and sciences — the Soviet government seems to have used threatening measures to actually encourage others to leave, in particular those with religious or “nationalistic” views, people with a criminal history and retirees, to whom the government wouldn’t have to pay pensions.

Paradoxically, while antisemitism eventually became the biggest rationale for Jews leaving the Soviet Union, the first Jews to leave resided in the least antisemitic parts of the country. In places like Georgia and Lithuania, Jews applying to emigrate were subjected to less public humiliation than they would have been in Russia and Ukraine. An unspoken rule had long been put in practice that those applying for visas had to declare so at their places of employment, where their case was “discussed” at employee and union meetings. For those trying to leave Russia and Ukraine, and for their relatives staying behind, greater stigmas would have been faced than in republics where citizens were more critical of central Soviet control.

The report elicited an immediate response at the March 20 Politburo session. Brezhnev invoked the Jackson-Vanik Amendment and spoke of the benefits of letting Jews out freely. Showing an impressive working knowledge of the American legislative process, he obviously hoped to scuttle the amendment’s passage.

Yuri Andropov, then head of the KGB, and other members of the Central Committee defended the diploma tax by reasoning that repealing the policy would look like a tactical move to appease the United States. Finally, taking the typically Russian “third way,” an official announcement was issued out of Moscow on March 20, stating that, while the law would remain on the books, the diploma tax would not be enforced.

In the years following this meeting, the Brezhnev government did not repeal its policies, but it did take other liberalization measures, hoping to stall the amendment in Congress. One of these measures was to increase the number of visas granted in 1973 to 35,000, launching a snowballing trend of emigration that gave America and Israel the core of what is now its Russian-Jewish community.