Over the weekend, Rachel Alexandra made history, sealing her status as the nation’s top female racehorse of all time by winning the prestigious Woodward Stakes in Saratoga Springs, N.Y. The 3-year-old filly has swept the nation’s premier racetracks. In May, she became the first filly to win the Preakness Stakes in 85 years and, as of Saturday, she has won nine consecutive races. 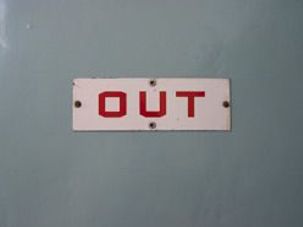 You're Not My 'Partner'

Lately, something confusing has started to happen. I’ll find myself at a wedding or an academic conference or a dinner party and I’ll meet a heterosexual who invariably makes reference to his or her “partner,” a term once employed mainly by gays and lesbians to refer to same-sex significant others. Now, in what seems to be the spirit of political correctness, well-intentioned straight people have co-opted the term and made a mess of its former status as gay signifier. (A recent article on the “partner” free-for-all can be seen here.)