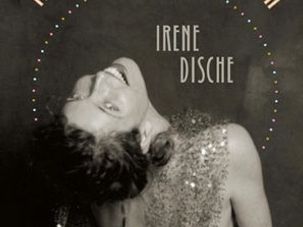 Irene Dische, an American writer living in Berlin, is best known for short stories in which Germany figures as a wild territory, one where the memory roams like a ghost seeking scattered bits of its past. Many of her characters are German Jewish emigrants disturbed by memories of home, and Dische likes to pin them on the page just at the moment when suppressed truths — an illicit love affair, an invalid sister coldly abandoned — rise up and disrupt the regularity of their lives. Her tone is arch and dry; in the arid environments of her stories, failures of personality, lies and oddities stick out like strange plants.

This week’s portion, Be-Shallah, contains some of the most powerful and familiar images from the Exodus story: the pillar of fire that illuminates the night as the people walk through the desert; the pillar of smoke that shields them during the day; the dazzling wall of water in the Sea of Reeds; Pharaoh’s army submerged as the sea closes on itself again; manna that rains down from the sky like dew; Moses presiding over the victory against Amalek with upraised arms.

The creation of the world in the first chapters of Genesis happens quickly and with seemingly little effort. God merely has to speak, and the sky, the earth, the seas — entities that have formed the basis of human curiosity and contemplation — snap into place. In just seven days, according to this version of the beginning, God has wrought the ultimate work of art.

The Sacred, Contained in the Profane

The first few frames of “Ushpizin,” the Israeli Academy Award-winning film released today in theaters nationwide, bear a peculiar marking you will not seen on any other film this year: In the top right-hand corner of the screen, three Hebrew letters gleam discreetly — bet, samech, dalet. The letters form