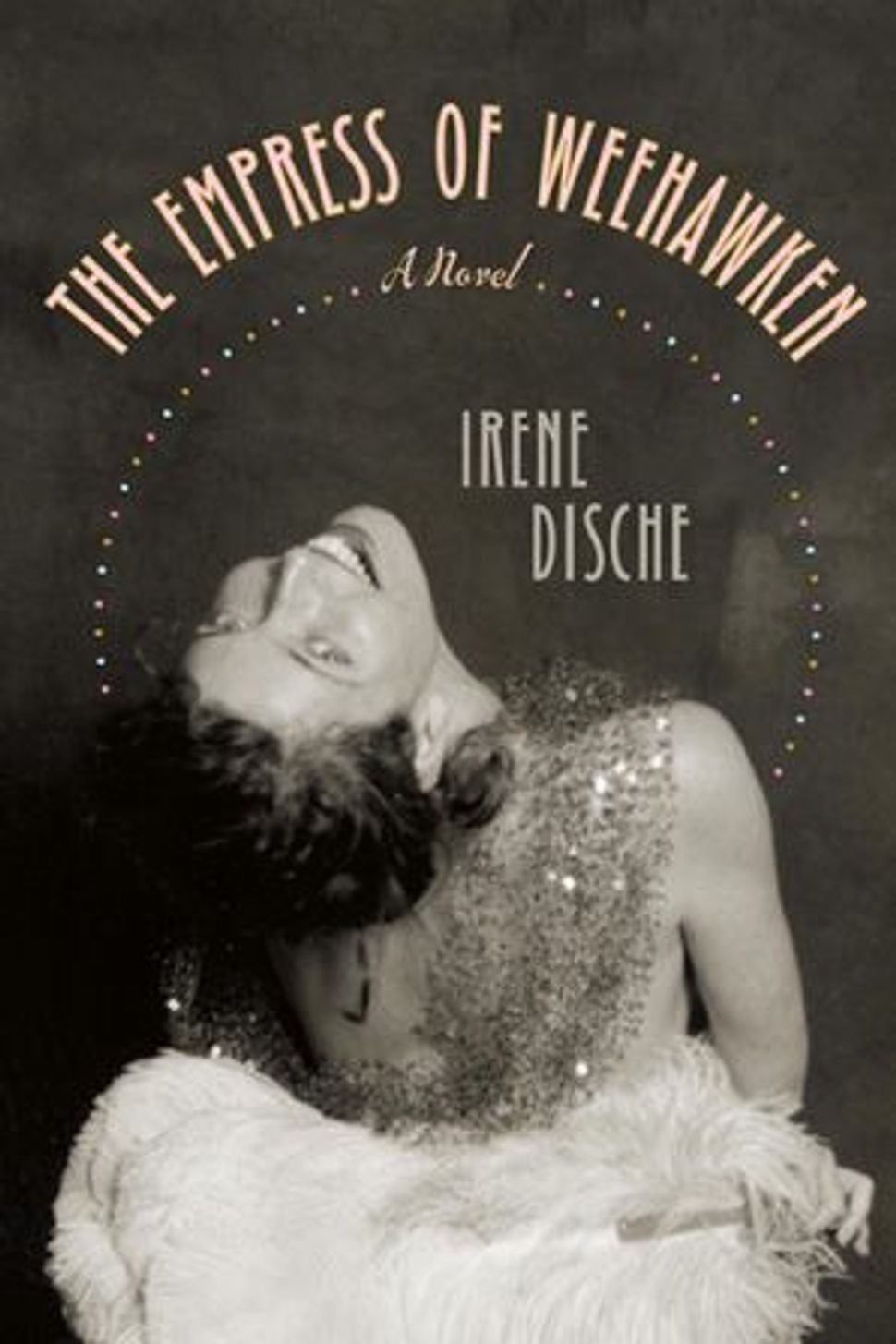 The Empress of Weehawken 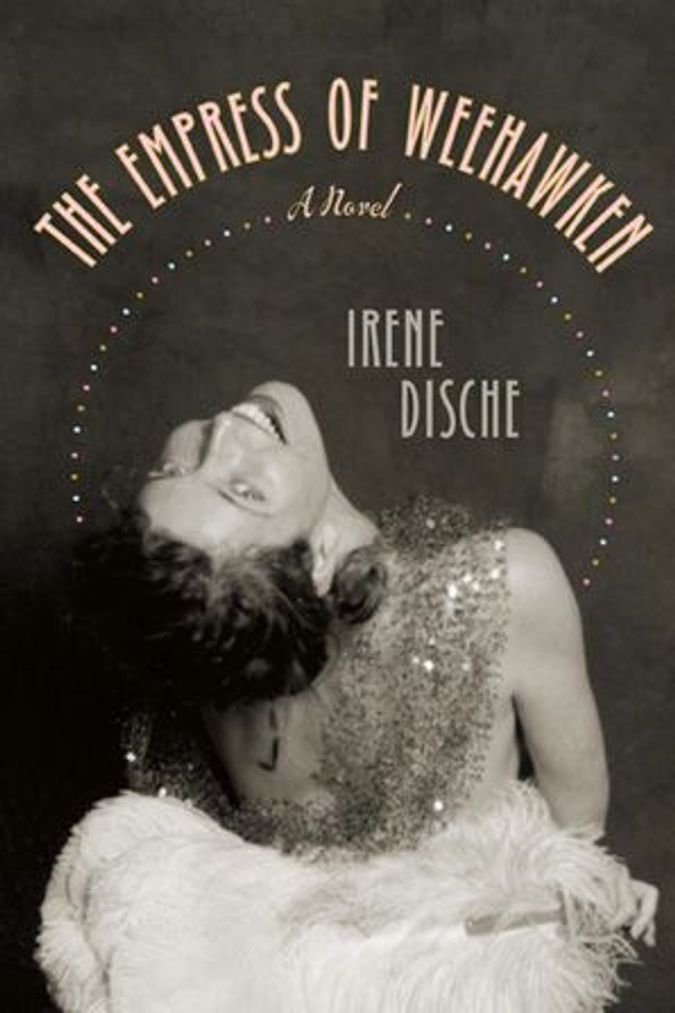 Irene Dische, an American writer living in Berlin, is best known for short stories in which Germany figures as a wild territory, one where the memory roams like a ghost seeking scattered bits of its past. Many of her characters are German Jewish emigrants disturbed by memories of home, and Dische likes to pin them on the page just at the moment when suppressed truths — an illicit love affair, an invalid sister coldly abandoned — rise up and disrupt the regularity of their lives. Her tone is arch and dry; in the arid environments of her stories, failures of personality, lies and oddities stick out like strange plants.

Dische’s latest novel, “The Empress of Weehawken” — in which the history of a character called Irene Dische and her family is told by her grandmother, Frau Professor Doktor Elisabeth Rother — comes as a kind of explanation for her fascination with the rich, contradictory territory of Germany and an expansion of the questions she has raised in her stories: How does a person become distorted by memories she tried to discard? And will the truth get out?

Even before the book begins, “reality” is called into question in the author’s note. Dische says that certain characters and occurrences in the novel are inspired by, but not based on, fact. But she then tells us, wryly, “my grandmother owes no one any explanations for her interpretations of events.” Are parts of this book transcribed from conversations that actually took place? Or is Dische performing an act of ventriloquism, channeling her grandmother in order to foil her own perspective? One way or another, Dische seems intent on telling a slanted truth, and she has created in Elisabeth Rother an ideal narrator for this slippery task. Part stern, pragmatic matron, part faded beauty-queen, part penitent Catholic, she speaks a singular language. Her idiosyncratic codes and rules are expressed with a Teutonic rigidity, but they are a hodge-podge whose organizing principle seem to be an insistence on propriety with a tacit recognition that passionate emotions abound in the world, threatening to tear at one’s composure.

Outwardly, Elisabeth is conventional — obsessed by the shallow particularities of class, physical appearance and refinement of manner — but she is also independent and contrary. Born into strong Aryan stock, she chooses for her mate Carl Rother, a dignified Jewish doctor. Carl becomes an ardent Catholic, and they live opulently in the Silesian town of Leobschultz, raising their daughter Renate amidst Carl’s large, affectionate Jewish family. Until, of course, they are targeted by the Nazis. Through the interventions of the church, Carl’s passage to America is secured, and the family escapes, leaving their relatives behind to die. These events are recounted briskly, each new disruption treated with the stiffest of upper lips — in crisp, frank sentences emptied of intensity. Here, for instance, is Elisabeth’s description of the moment when she and her young daughter, Renate, get ready to leave Germany and join Carl: “Time to go. This is how to pack when two men loaded with guns are watching you. Bribes are useless. The SS men would not accept a glass of expensive juice. It was May. Warm enough for Renate to wear a short sleeved dress. She had grown quite plump over the past year… Her arms were fleshy. ‘Show your arms,’ I had said.” Elisabeth’s stringent sense of propriety reigns even at the moment when the life she knows is dissolving.

Throughout the book, Elisabeth’s aversion to emotional display produces a similar propulsive cataloging of the facts. Carl’s early days in the States with no work; his subsequent affair with a neighbor; Renate’s marriage to an older Jewish scientist and her work as a pathologist specializing in autopsies; the adventures of her badly behaved granddaughter, Irene — all of these are described in relentless detail, in the same flat, sardonic tone.

And yet, despite her professed rigidity, Elisabeth is unpredictable, a bon vivant: When they are forced to leave Germany, she smuggles a bottle of raspberry spirits and saves it for a special occasion, and she is secretly thrilled when Irene grows into an unruly teenager who runs away to travel the world. But there is a darker edge to Elisabeth’s flat delivery: her reliance on an abundance of detail to avoid the emotional content of events. Although her resilience is admirable, her omissions — the fate of Carl’s family, for instance, which is known to Elisabeth but never much pursued or discussed — reveal a glaring deficiency. Lacking a confrontation with emotional realities, this family history is somewhat empty.

One can sense the author’s feelings of love and disgust for this woman whose voice she may or may not have mimicked — and the reader is left with a similar affection, and revulsion. If the real Elisabeth Rother is anything like the fictional one, it would have been impossible for Irene Dische to get her family’s story straight, and so she gives us a story resembling the one she may have heard, with an emotional center residing in the space left by omitted facts. Dische’s rendition of Elisabeth Rother is pitch-perfect, but she has portrayed a woman who remains hidden even from herself. The reader is left hungering for a little more content, a little more insight. Still, one mystery does get solved, that of Dische’s constant revisiting of Germany in her fiction: She is, it seems, simply trying to cobble together her own sense of what happened there.

Sasha Weiss is on the staff of the New York Review of Books.