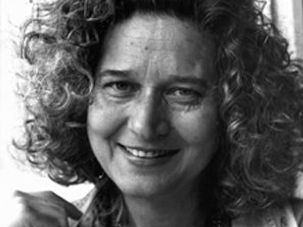 For contemporary novelists, using the scrapbook model — incorporating photographs and drawings along with text — is bound to raise comparisons with the beloved German novelist W.G. Sebald. The author, who died tragically young in 2001, revitalized the novel by loosening its bonds, rendering it less stiff text than spider’s web of memories, where history remained ever present, ever alive. Michal Govrin, whose award-winning 2002 novel is now being published for the first time in English, adapts the Sebald model to an Israeli reality — turning his memory-novel into a mutiny of clashing voices, each with its own version of the past, the present and the future.

The alternative-history novel — in which the now-familiar progression of events is rendered unfamiliar by rips in the fabric of the past — fulfills an essential need to which only literature, or another of the arts, is capable of administering. Considering that the world is the way it is, how would it look if history had turned out differently? Such books as Robert Harris’s “Fatherland,” Philip Roth’s “The Plot Against America” and Jo Walton’s “Farthing” aim to reshuffle history’s desk in order to shock us into recognizing the ultimate contingency of the world we live in. All three of the aforementioned books share another trait: Each seeks to recast World War II to give the Nazis the upper hand, or at least to allow Hitler and his minions to avoid the total destruction they actually received.

For some young Israelis, the idea of army service still holds romantic possibility: serving one’s country with the promise of adventure, and the opportunity to discover one’s self far from home. The reality is often quite different, with drudgery and endless repetition of dull tasks the markers of another day in the Israel Defense Forces. Vidi Bilu and Dalia Hager’s quietly forceful film, “Close to Home,” offers a look at a rarely seen side of the IDF, replacing the often overblown masculine warrior-worship of other military films with a distinctly subtler, more patient feminine gaze.

The Bloody History Of a Disastrous Libel

‘It is obvious to me… that you killed him to take his blood and that that’s your custom. Don’t you know about the expulsion from Spain and other expulsions, and about the thousands of Jews killed because of this issue? And yet you stick to this custom of killing people secretly!”

For Rabbi Loew, the legendary maker of the original Prague-based golem, his creation was a photographic negative of the studious, passive Jew: muscular rather than atrophied; doltish rather than learned; a man of action, not of words. For Alan Krieger, antihero of Marc Estrin’s novel “Golem Song,” the rabbi is indeed a role model. But rather than craft a helper out of clay, Alan’s goal is to turn himself into a golem of sorts, defending his town (New York City) from the onslaught of Jew haters and potential killers stalking the streets. That no one has asked him to do so, and that most of the threats seem to emerge from within the folds of his own tattered psyche, is beside the point.

Annette Insdorf can hardly believe it has been 20 years since she launched her popular cinematic interview series, “Reel Pieces,” and so she is consequently in the mood to reminisce. For the Columbia University professor who is also a film scholar and a master interviewer, the occasion of her series’ anniversary offers the opportunity to reflect on its legacy, and on the nature of her longstanding association with its host, New York City’s 92nd Street Y.

From the Stage to the Page: Old-school Shtick

For Bryan Fogel and Sam Wolfson, creators of the hit play “Jewtopia,” the path to becoming published authors was murky at best. As they note, “We barely read books!” Nonetheless, their lack of familiarity with the reading process hardly kept the actors from penning a book of their own (a spin-off of their play), titled “Jewtopia: The Chosen Book for the Chosen People,” released last month by Warner Books. Inspired by the monster hit “America (The Book)” (Warner Books, 2004), written by “The Daily Show” star Jon Stewart and the TV show’s writers, “Jewtopia” is an all-purpose compendium of Jewish jokes for a new century, tricked out with nifty illustrations and zings at the writers’ stereotypical Jewish mothers.

In Tomer Heymann’s new documentary, “Paper Dolls,” opening September 6 at New York’s Film Forum, viewers are introduced to a group of transvestite Filipino workers in Tel Aviv, who perform in a cross-dressing group called the Paper Dolls. But the real cross-dresser here may be Heymann, who garbs his film in one set of clothing, only to strip it off without warning and then reveal something far starker, and more affecting.

For certain film buffs, Chantal Akerman is famous as the director of one of the screen’s most legendary endurance tests. Akerman’s masterpiece, “Jeanne Dielman, 23 Quai du Commerce, 1080 Bruxelles” (1975), as the precise title might indicate, is a remarkably focused three-and-a-half-hour study of the mundane routine of a Brussels housewife — the ultimate realist film.

Up from Orchard Street Eleanor Widmer Bantam, 400 pages, $23. * * *|Orchard Street: The name alone conjures images from the collective memory, snapshots of street peddlers, of rat-infested tenements, of aged scholars pacing the streets, their sidelocks rhythmically clapping against their ears. For readers of Jewish literature, the Lower East