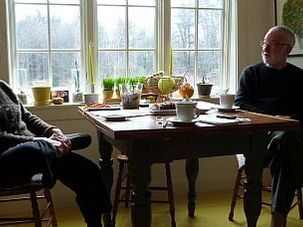 For decades, the little lake in a rustic New England town has been called ‘Jew Pond,’ after a family that owned a nearby hotel. Is it time to change the maps? 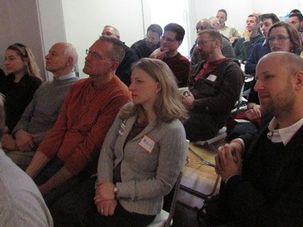 Greg Epstein looked a bit overwhelmed. The morning yoga session was over, and now he was helping a local folk singer get set to play during the potluck brunch, all the while welcoming the guests streaming into the new humanist community center in Harvard Square. And then the featured speaker arrived, a former NPR journalist working on a book about atheism among African Americans and other minorities.

A Euphonic Union of Klezmer and Punk

Scattered about T.T. the Bear’s, a hole-in-the-wall club in Cambridge, Mass., were plastic dreidels, bags of chocolate gelt and jelly-filled donuts from Dunkin’ Donuts. It was a feeble attempt to play up the show’s Hanukkah theme, and as demonstrated by a performance by the band Golem that had the audience dancing a dervish-like hora, it was probably unnecessary.