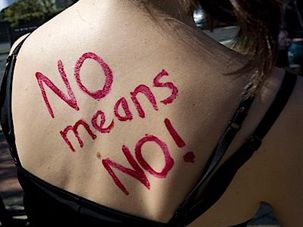 Usually, they aren’t given a name. They make do with an initial. If a newspaper publishes a photo of them on the way to or from the courthouse, it is blurred, blotted out with enlarged pixels. As though they were the ones who had done something wrong. The identities of women who go through sexual abuse are usually not revealed. Often, this is their choice, which must be respected, but the choice is indicative of social assumptions.