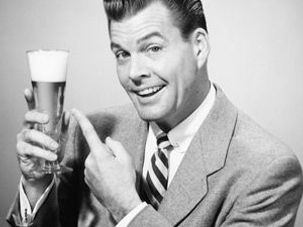 With the passage of the twin alcohol-friendly celebrations of Simchat Torah and the lesser known, but more suggestive, Festival of the Water Bearing, my thoughts turn to the seemingly contradictory relationship between Jews and booze.

The Jewish Future, in Black and White

I’ve seen the future, and it’s black and white. It was a sunny Sunday morning in our Lower East Side community playground, animated by a frenetic blur of whooping kids, my own included. 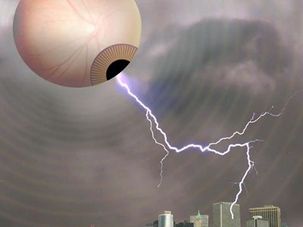 Stevie Wonder advises that “superstition ain’t the way,” but few heed his words.

’Tis the season when Jews engage in penitence, fasting and charity in order to strengthen their respective cases as they plead before the heavenly judge. Attempting to help us in this regard, charities of all flavors jam our mailboxes with urgent, heart-rending snail mail, while synagogues issue friendly reminders to reserve our High Holy Day seats. 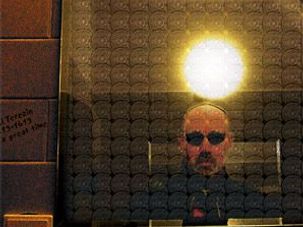 The jacket cover of “New Midlife Crisis,” the debut CD by Kohane of Newark, scheduled for release in October, features an image of a larger-than-life bird’s eye view of a rumpled and stained velvet skullcap, doubtless donned at some Jewish function that took place around the time that Fonzie and Vinnie Barbarino dominated the boob tube.

My Forefathers Were Yurt-Dwelling Siberians

The thorny issue of just who belongs to the Chosen People is, in my opinion, likely to remain unresolved forever, or at least until the Messiah arrives with the answer. And to be honest, that’s just fine with me, since this whole issue doesn’t concern me directly. You see, I happen to boast an unassailable Jewish pedigree, so the question of “Who is Jew?” has no resonance for me, at least on a personal level.