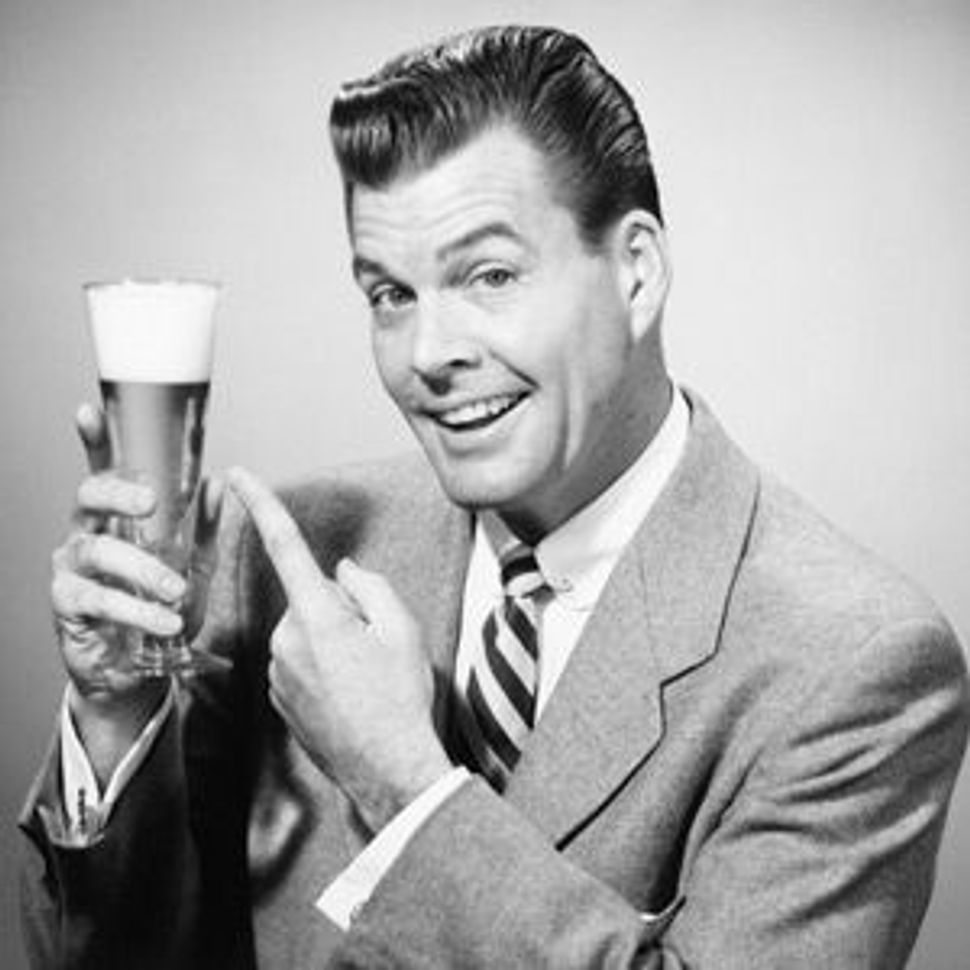 Holding our Drink: According to a study, Jews are genetically predisposed to be resistant to the intoxicating effects of alcohol, possibly as a result of exile in Babylon. Image by ISTOCkPHOTO

With the passage of the twin alcohol-friendly celebrations of Simchat Torah and the lesser known, but more suggestive, Festival of the Water Bearing, my thoughts turn to the seemingly contradictory relationship between Jews and booze. 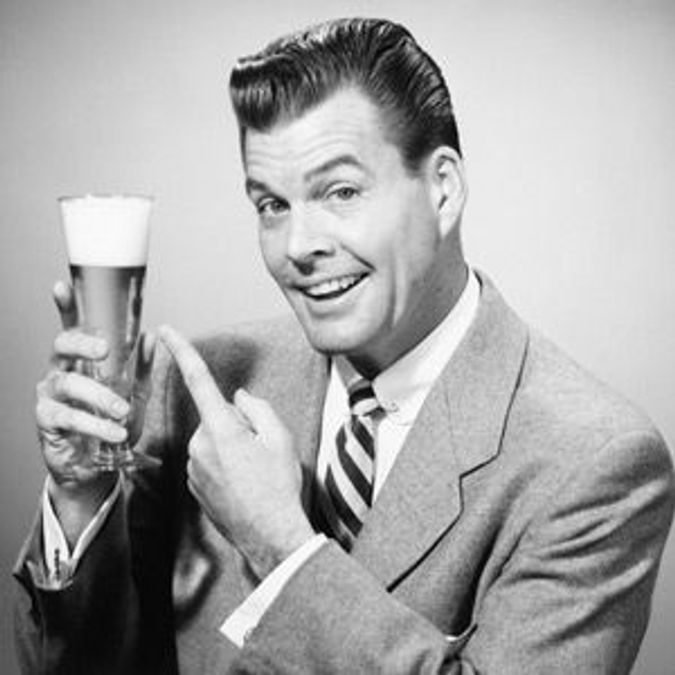 Holding our Drink: According to a study, Jews are genetically predisposed to be resistant to the intoxicating effects of alcohol, possibly as a result of exile in Babylon. Image by ISTOCkPHOTO

We’re a tribe that drinks, but we’re not drunks — so the story goes. That old gallon bottle of Manischewitz sits in the kitchen cabinet for 15 years, while liquor left over from our bar mitzvahs sits patiently in a closet, waiting for our engagement parties.

And we’re not violent drunks. Though much booze is quaffed on Simchat Torah and Purim, it’s all good-natured: Police don’t dread a spate of Hasidic barroom brawls on days of festive assembly.

The seeming paradox of the sober Jewish drinker was captured in a somewhat dated, if entertaining, 1958 Time magazine article. Research by the Yale Center of Alcohol Studies showed that among all religious and ethnic groups, Jews produced both the fewest teetotalers and the fewest alcoholics.

Why such Jewish sobriety? First of all, among Jews, the study said, “compulsive eating is more likely to be selected as a means of alleviating psychic tensions [than] addictive drinking” — tensions that it pinned largely on the infantilizing influence of Jewish mothers.

Second, and perhaps more plausible, wine is a regular staple of Jewish religious life — even an 8-day-old boy tastes wine — while its use is circumscribed by Orthodox Jewish rules of social conduct. In the 18th century, philosopher Immanuel Kant proposed this very reason for Jewish sobriety.

The Yale study did ominously note that drunkenness seemed to increase slightly among those Jews who leave the Orthodox faith, and “particularly when Jews are exposed to gentiles.”

So does exposure to gentiles make us drunks? The Spartan and largely Christian-free Jewish state of my mother’s youth was certainly a land where “dry” didn’t refer only to climate. And at Tel Aviv pubs, native Israelis simply don’t drink the way their American or European counterparts do.

At the same time, a visit to the Sabbath Kiddush of any self-respecting synagogue, where the Black Label is easy and the Smirnoff is free, should disabuse us of the notion that it is exposure to goyim that makes us drunk.

If anything, the reverse may be true: Jews were imbibing prodigiously 10 centuries before Jesus was born; the Hebrew Bible mentions wine 141 times, and shechar (beer or spirits) 23 times.

Many verses in the Bible advocate drinking in moderation, and the Psalms proclamation “Wine gladdens the hearts of man” is only one of many biblical passages extolling the joys of consumption. Good or ill, it’s clear that alcohol figured prominently in Israelite society.

Even the Almighty Himself likes his brews: In Numbers 28: 7-10, God instructs Moses to supply him with half a “hin” of shechar — the equivalent of a six-pack — every single day, and even more on the Sabbath. No wonder we use the cognate shikur to indicate drunkenness.

In the September/October issue of Biblical Archeology Review, Michael M. Homan marshals etymological proof from other Semitic languages showing that shechar is definitively beer, which the archeological record shows was widely brewed in Israel as in the rest of the Ancient Near East. Homan reports on “Iron Age sites in Israel… [that] have produced numerous remains, such as beer jugs and bottles, straw-tip strainers and donut-shaped fermentation stoppers.” Seems that Jews enjoyed brewing just as much as their Levantine, Egyptian and Babylonian neighbors did.

Moreover, Hebrews seem to have developed, as early as 26 centuries ago, a better ability than non-Jews to tolerate alcohol. A 2010 research paper on the genetics of Ashkenazi Jews, published in Proceedings of the National Academy of Sciences, claims to have identified a genetic trait enabling Ashkenazi males to better absorb alcohol, a finding that provides a biological basis for the low rates of alcohol abuse by Jews.

Citing an authoritative 1970 essay by Mark Keller, the researchers speculate that such a genetic mutation may have originated in Babylonian captivity. Keller theorized that drunkenness was not uncommon among Jews before the Babylonian exile in 586 BCE, but it somehow vanished around the time they returned to the Land of Israel, 50 years later.

Sigmund Freud also felt that Jews possessed an inherent resistance to alcohol. Reassuring a Jewish patient worried about his drinking, Freud is said to have replied that alcohol would neither help nor harm him; alcohol, he said, was for the gentiles.

However helpful the patient may have found Freud’s enigmatic words, the father of psychoanalysis was at least half wrong. Alcohol might very well be “for the gentiles,” but it’s also “for the Jews” — and has been for 3,000 years and counting.

Uzi Silber is a writer and artist living on Manhattan’s Lower East Side.