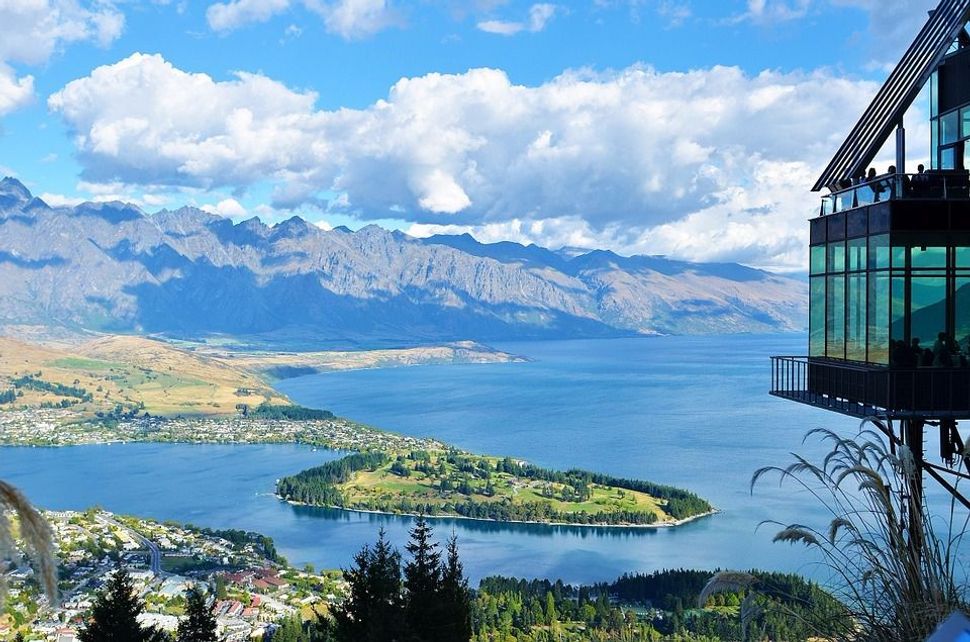 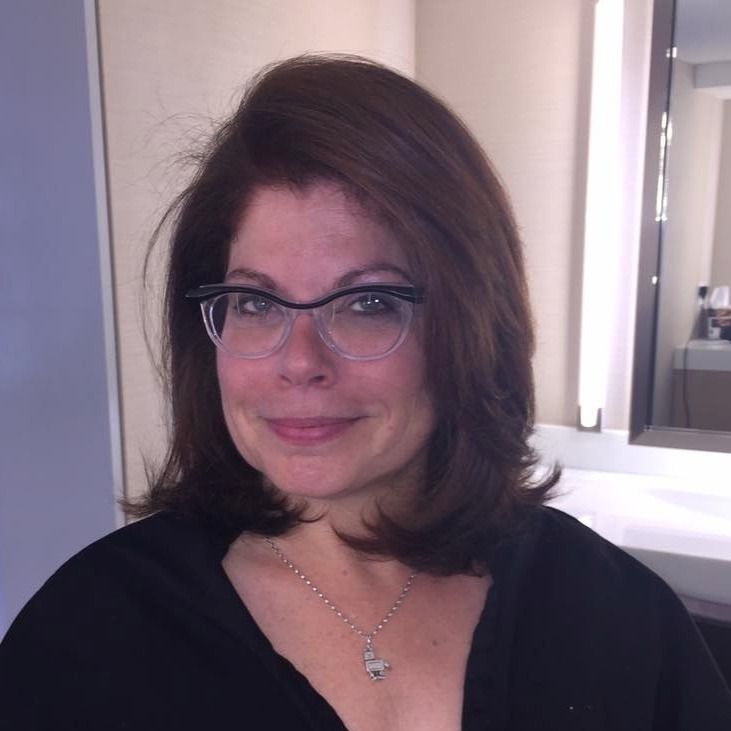 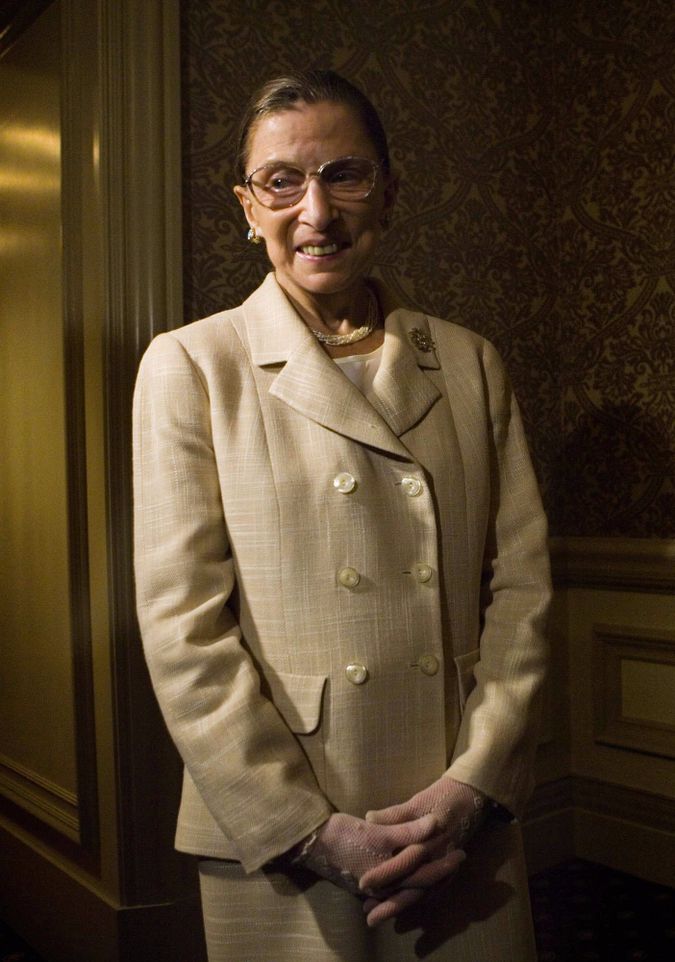 This morning I woke up to read on my Internet feed that Ruth Bader Ginsburg, Supreme Court Justice extraordinaire, Queen of Torts, the Notorious RBG, opera aficionado and feminist icon, said that if Donald Trump wins, it’s time to move to New Zealand.’

This irony was not lost on me as I recently returned to living in the Greater New York Area after residing for the past six years in my husband’s native New Zealand. When I told my friends and family that I was returning home because my husband had been recruited back to his former position with the State of New Jersey, they unanimously cried “Why are you coming home to this mess of racial conflict, gun violence and the scary rise of the bigoted conservative right?” I shrugged, explaining that my husband hadn’t found satisfying employment in his rarified field of GIS map making and he missed his beloved workmates in Trenton who took him out every Friday for tomato pie at D’Lorenzo’s. I missed bagels, decent frozen yogurt and my family and friends who never came to visit because merely contemplating the idea of 20 hours on an airplane sent them into fits of panic and hysteria.

Though I was coming back home to live, I explained that I wasn’t REALLY leaving New Zealand because I was a permanent resident and could continue to vote in all New Zealand elections. That status was not going to change because we were keeping our wonderful home in Hawkes Bay on the East Coast of the North Island where I was able to grow everything from artichokes to heirloom tomatoes when in all my years of living in Manhattan, I was only able to keep a single fig tree alive and that was because my lovely cleaner kept on repotting it. Also, after we sold our wonderful one-bedroom apartment on the Upper West Side, we SHLEPPED all our possessions including 40 boxes of my books and music across the world, and there was no way I was going to SHLEP it all the way back home. I insisted that we were going to return to New Zealand to retire but, most importantly, I had fallen in love with my adopted country and our wonderful life there. So Ruth Bader Ginsberg, as in all things, is right, even though real paradises have their own tzuris. These are a few of the reasons why.

1) The country is so large and its population relatively small, the landscape is breathtakingly beautiful, diverse and empty. 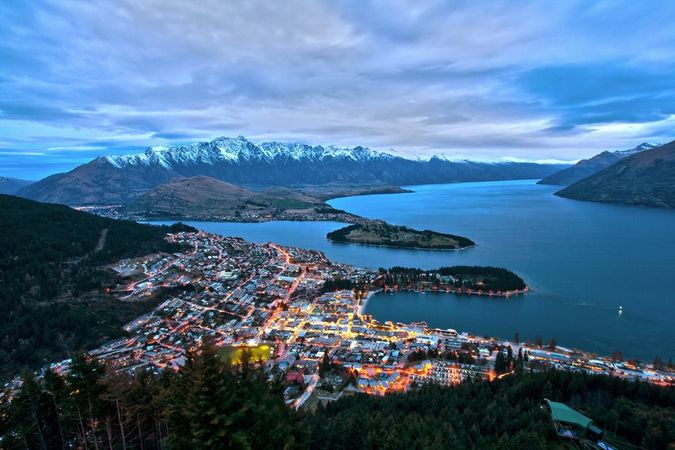 New Zealand is a twin island nation that is the size of the United Kingdom with a population struggling to reach 4.5 million, of which nearly 1.5 million live in the megalopolis which is Auckland. It really does look like the vistas captured in Peter Jackson’s LORD OF THE RINGS. You can drive for miles and see only the occasional sheep and walrus lounging on the rocks. Though the land and sea are not as clean and green as advertised (one of the aforementioned tzuris), it still makes you sing Bali Hai from South Pacific when you approach an unexpected verdant vista, and you can walk for miles and not see another human being, which is amazing for one’s serenity, but not so great if you are in desperate need of intense political conversation. But then again, paradise is supposed to be restful.


2) Not only are there beaches, there are majestic mountains on both islands. 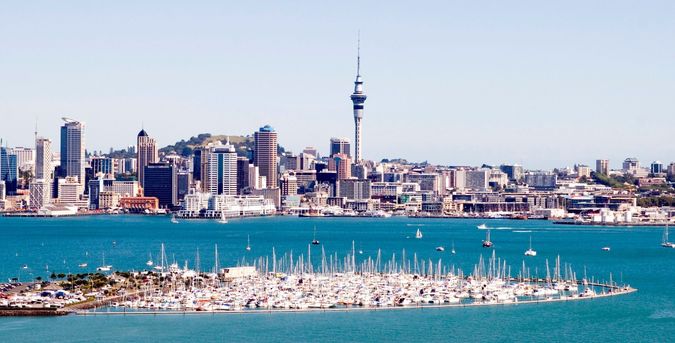 The city of Queenstown is the adventure capital of the world where snow capped alpine slopes surround green and blue lakes and every cliff becomes another opportunity to bungee jump, paraglide, zipline, snowboard or simply hike. There are first class white water rafting courses and jet boats that take the corners of canyon streams with the swift accuracy of formula one cars. The cultivated walks are some of the most beautiful in the world, where huts are populated with rangers who share their sense of humour with Bret and Jermaine of The Flight of the Concords. Even the birds have a sense of humor. Moreporks get their name from their cries, Keas (large native parrots) entertain themselves by eating the rubber off windshield wipers and stealing hikers’ laundry off clotheslines. Lovely fantails circle your head when you are walking through the bush, not because they like you but because you are stirring up their feast of insects.

3) New Zealand was the first nation in the world to give women the right to vote.

This was mostly because women headed the Temperance Party and were eager to get their men home from late nights at the pub, but that’s beside the point. Women of all colours, shapes, religions, races and creeds have prominent positions in government, business and the arts, and former Prime Minister, Helen Clark, is currently the Administrator of the United Nations Development Program, in line for the position of Secretary General and recently voted the 22nd most powerful woman in the world by Forbes Magazine. Georgina Beyer was the first openly transexual member of Parliament anywhere and Prime Ministers vie for photo opportunities at Gay Days Out. Its indigenous population, the Maori, were the only indigenous people not to be defeated by the British colonializers in battle but arrived at a settlement through the historic Treaty of Waitangi. Though far from perfect, and still a source of mighty tzuris for many of the local iwi, or tribes, the Maori have strong political voices that demand to be heard and are a force to be reckoned with.

4) New Zealand is a true multiethnic society whose population is as diverse as its cuisine.

Religions are accepted but do not mandate or control national law. As a Jew, you have to go to the major cities to buy matzo for Passover, but there are synagogues of reform and orthodox denominations throughout the country, including Dunedin which boasts the Southernmost Jewish congregation in the world, and where I was a lay rabbi during our tenure there at the turn of the millenium.

5) It is difficult to get a bad cup of coffee anywhere. 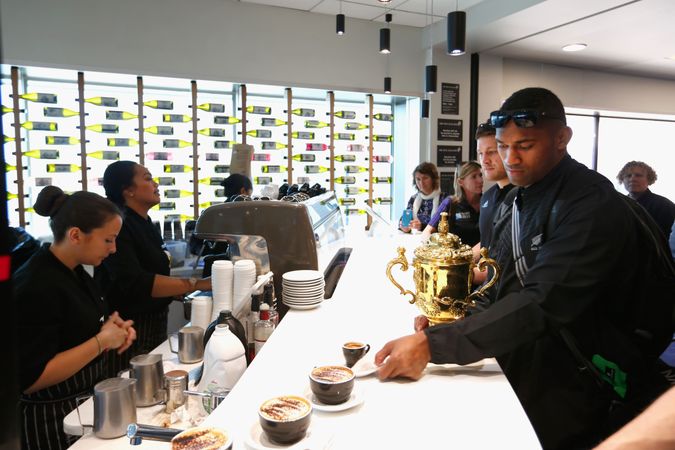 Every town seems to have its own roaster. Flat whites, long blacks, short blacks and cappuccinos are made individually by hand.

6) Its white wines are extraordinary. 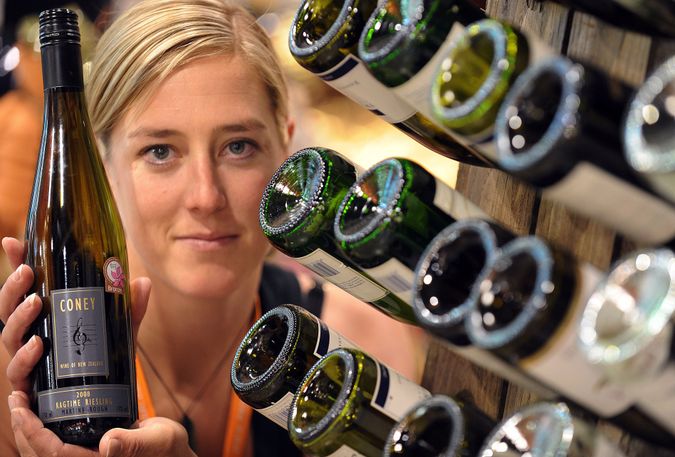 Its red wines are becoming extraordinary.

7) It seems like every small town has at least a 9 hole golf course, and the fees are small. 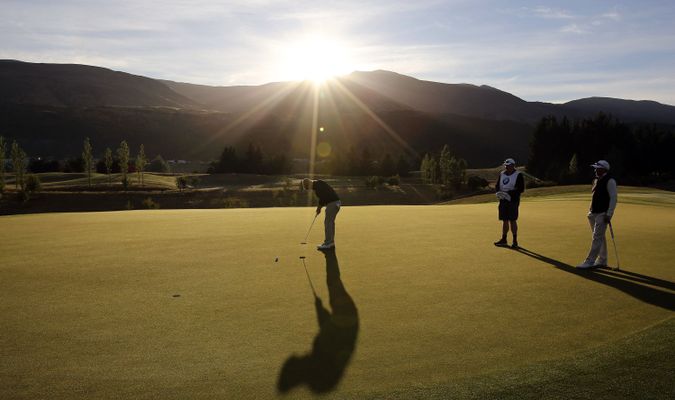 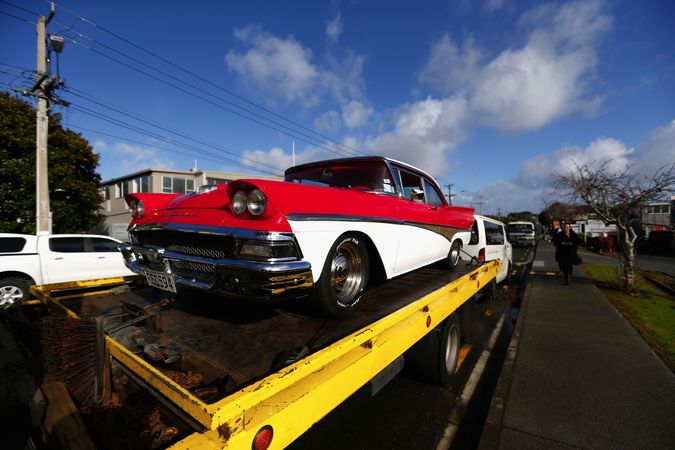 9) The sky is as broad as an elephant’s eye and the music of birds wake you up every morning. 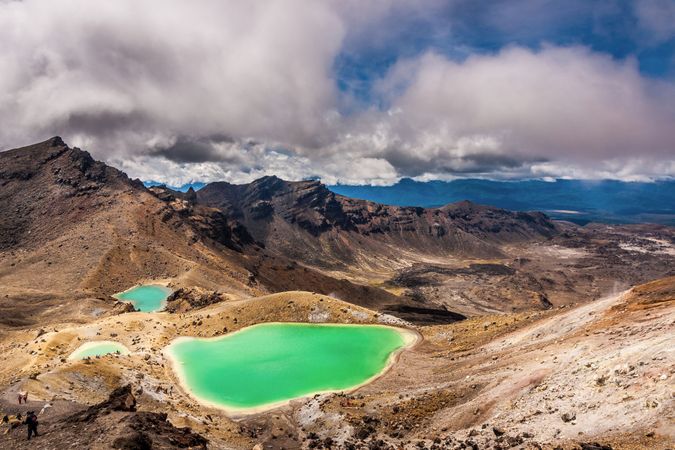 that you have an excuse not to visit the relatives who give you instant headaches or see those friends who have continually spoken behind your back. 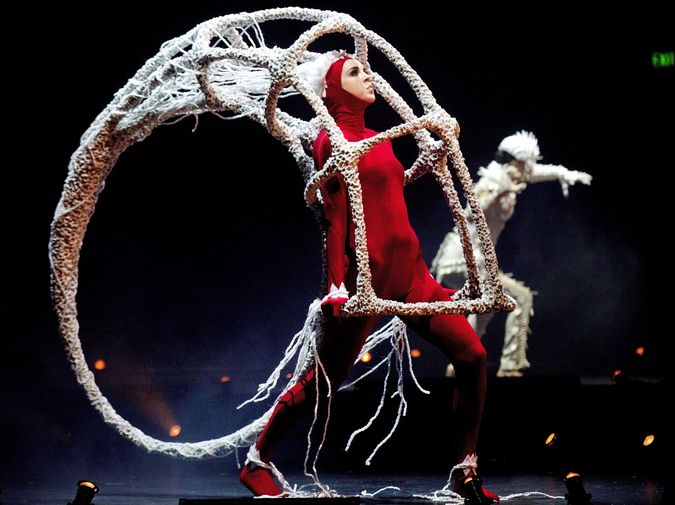 Every year, the New Zealand International Film Festival brings the best world cinema to every excellent venue in the country. The national ballets, orchestras and opera companies are world class and they travel. Because entertainers no longer earn buckets from album sales, they now come to New Zealand. Even Madonna and Coldplay.

12) Because the population is so small, every individual can feel important.

Even a New York writer can become the host of a local television interview program.

Do I need to say more? All prescriptions that aren’t extraordinary cost $5.

14) Most of the police force don’t carry guns. Only tasers, and even when they stop New York girls to give them speeding tickets, they apologise for the inconvenience.

So, in other words, Ruth Bader Ginsburg, Jewess extraordinaire, knows what she’s talking about. And though I hope that Donald Trump doesn’t win, and that she NEVER retires, if she does, I will welcome her to the Hawkes Bay, take her to the local Festival Opera during Napier’s Art Deco weekend and toast the future of women in power and worldly paradises.

Cheryl Pearl Sucher is an American writer who lives between Cranbury, New Jersey and Hawkes Bay, New Zealand. An award-winning essayist, fiction writer and reviewer, she has written about The Southernmost Jewish Community in the World for Random House NZ’s JEWISH LIVES IN NEW ZEALAND. Her first novel, THE RESCUE OF MEMORY, was published by Scribner in the US and she is currently revising her second, LOST CITIES. She was one of six interviewer/presenters on Television Hawkes Bay’s half-hour interview program, CHATROOM.