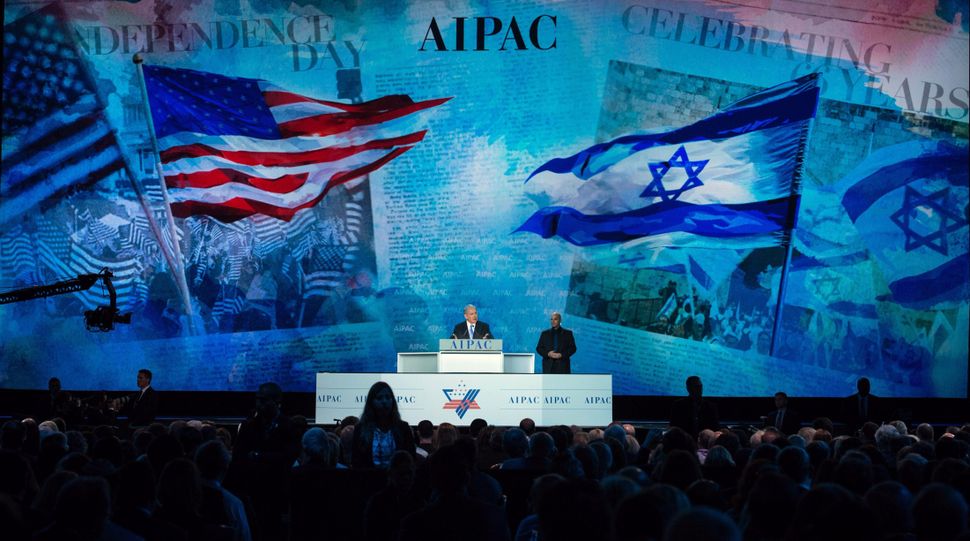 Advocacy and activism are two fields rarely cited for their warm embrace of nuance. In a stunningly schizophrenic demonstration of why that is the case, consider Tablet’s recent piece “The End of AIPAC’s Israel Monopoly” by Jeff Ballabon and Bruce Abramson.

A cursory reading of the text reveals nothing other than the authors’ predilection for criticizing AIPAC (full disclosure: I interned for them one summer and sat on their national council for a year). But why, from what vantage point, and to what end all remain unclear for much of the piece.

Under a veneer of semi-coherent rhetoric that dizzily leaps from right-wing to left-wing and back at subatomic speeds, Ballabon and Abramson bury their agenda—and their lede—concealing their viewpoint and confusing their readers.

It isn’t until the 13th paragraph that the authors show their hand, if only slightly, by championing the Zionist Organization of America—an unquestionably conservative group with minimal influence. It takes the authors 23 more paragraphs to actually state their objective: creating a new, powerful, pro-Israel lobby that rejects bipartisanship and adopts the conservative worldview. Interestingly, they do not explain why the ZOA hasn’t satisfied this niche, nor do they explore why it has failed to garner any real authority.

They characterize support for Israel as “a logical and consistent part of the conservative worldview, while an outlier among progressives,” to explain the need for a partisan organization. Let’s assume this statement is fact, and pause to consider another: there are plenty of progressives in politics, and they aren’t going anywhere.

Unless Ballabon and Abramson plan to create this organization in a Shangri-la of conservatism, in which every last politician—from president of the PTA to president of the United States—is a republican, one wonders why they feel it is strategic to issue a wholesale rejection of the Democratic Party—alienating potential allies— instead of fighting to change the tide of its evolution on Israel.

That the Republican Party is demonstrably more supportive of Israel than its Democratic counterpart is an indication that advocates need to do more, not less, to engage with the Democratic Party.

But upholding “less is more” seems to be a recurrent theme for the authors, who cite a 1996 speech in which Netanyahu “suggested that it was time for Israel to begin to reduce its reliance on U.S. aid,” and argue that the military aid the U.S. provides to Israel “may be more important to AIPAC than it is to Israel.”

In the 20 years since 1996, Israel has yet to demonstrate its disregard for U.S. aid. We’ll remember to check in after another 20.

But in the meantime, I recommend Ballabon and Abramson pick up a copy of COMMENTARY’s December issue in which Tevi Troy and Jonathan Tobin chronicle evolving attitudes toward Israel in the Democratic and Republican parties. Neither is static. In this, as in all other years, a bipartisan strategy is the only plausible course of action.

In their critique of AIPAC, Ballabon and Abramson analyze the organization through the lens of the corporate sector. They portray it as being interested only in furthering its own importance, with a sharpness that conjures up an image of AIPAC’s leaders cowering together to plot their dominance from a small, dark, smoke-filled room.

But AIPAC is not part of the corporate sector. Its product, if we indulge the authors and refer to it in such terms, is a stronger U.S.-Israel relationship. Unlike in the competitive structure they describe, if another organization succeeds in selling AIPAC’s product, AIPAC does not lose; it wins. In other words, the identity of the seller is not of concern—only that the product gets sold. That this point is in dispute demonstrates not that the authors dislike the approach of bipartisanship, but that they dislike and distrust the organization and its staff as whole.

That much is clear from the 35-paragraph war they wage on AIPAC before clarifying their desire to create what they would likely refer to as its competition.

A new lobby is necessary, they claim, because unlike AIPAC it would “pressure Israel’s neighbors to work with Israel” and be brave enough to take actions, even if they are “politically inconvenient.”

Time and again, Ballabon and Abramson criticize AIPAC for ever daring to diverge from the Israeli government, perhaps forgetting that AIPAC is not one if its consulates.

Indeed, they seem to forget entirely that AIPAC is an American lobby based in this country—not Egypt, Lebanon, Syria, Jordan or Gaza. It’s not entirely clear what kind of pressure they imagine the organization can place on Israel’s neighbors.