The Iran Deal is Good Policy and Good Politics 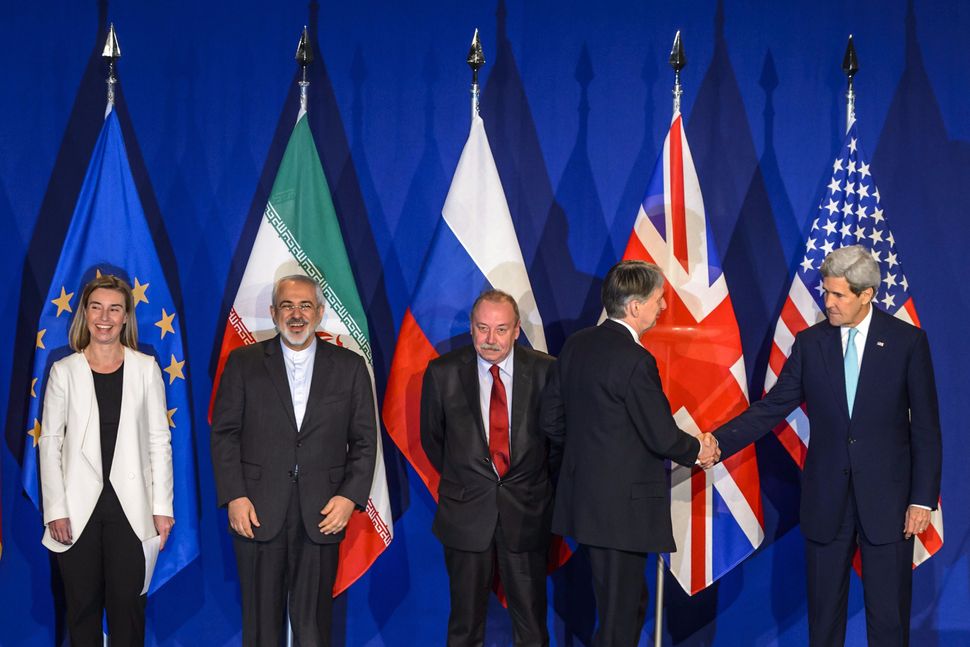 Last summer, a fierce debate in the pro-Israel community over how to best curtail the Iranian nuclear program took place. On July 14, 2015, after 20 months of arduous talks, the Joint Comprehensive Plan of Action (JCPOA) between Iran, the P5+1 countries, and the EU was announced. On the deal’s anniversary, we asked two pro-Israel leaders, one on the left and one on the right, to share their thoughts on how the deal is working one year later. To read the other perspective, click here.

A year ago, the nuclear agreement negotiated between Iran and the nations of the P5+1 was finalized. The deal represented a tremendous triumph for diplomacy and for the foreign policy of the Obama administration. But it was also a watershed moment in the evolution of American politics when it comes to Israel and the Middle East.

For decades, it was widely believed that on questions of foreign policy where Israel’s interests were at stake, the safest course of action was to echo the hardline, hawkish talking points and positions put out by a few right-wing groups. Political pundits and advisors told politicians that if they took a more considered course and advocated for meaningful diplomacy, they would be likely to face the wrath of the pro-Israel community – cutting into their contributions and hurting them at the polls.

It didn’t matter that polls consistently showed that most American Jews did not vote based on Israel – and that, in any event, the large majority were strong supporters of American diplomatic leadership and the two-state solution. The false narrative about a monolithic, hawkish pro-Israel community became dogma.

While the myth has been steadily eroding for years, the fight over the Iran deal shattered it for good. Right-wing groups poured tens of millions of dollars into opposing the agreement, threatening major political consequences for anyone who backed it. Along with Israeli Prime Minister Netanyahu, they claimed that the deal was a disaster for Israel – ignoring expert opinion to the contrary. The deal’s opponents threatened severe political consequences for anyone who supported it.

While Republicans uniformly opposed the deal due largely to their partisan opposition to President Obama, the vast majority of Democrats backed the agreement. They recognized it as a good policy – but also, vitally, as good politics. A vast coalition of pro-diplomacy Americans mobilized to make clear that they would stand behind leaders who voted for responsible foreign policy.

Members of Congress recognized that their voters refused to accept another unnecessary march to war. Even while some American Jewish establishment organizations loudly opposed the deal and claimed to speak for the community, Members saw polling that showed that, in fact, a strong majority of American Jews – 60 percent – supported the agreement.

Since its implementation, the deal has now been clearly borne out as good policy – endorsed as effective by Israel’s own Atomic Energy Commission, commended by a litany of security experts and political luminaries. Far from running away from it, candidates are emphasizing their support for the agreement as their races heat up. It’s likely that virtually every incumbent who supported the agreement in Congress will win reelection – and clear that none will suffer real political fallout for their stance.

Just take a look at New York’s 10th Congressional district, the most Jewish district in the entire country. Long-time incumbent Rep. Jerry Nadler supported the Iran agreement despite harsh attacks from some extreme voices on the fringe, and last month faced a primary challenge from a candidate who based his campaign almost exclusively on attacking the deal and attacking Nadler for supporting it. The result? An absolute landslide for Nadler, who won 88 percent of the vote.

Then there’s Nevada, where Democrats and Republicans are battling for Harry Reid’s open Senate seat. Democrat Catherine Cortez Masto has proudly supported the deal – and been attacked for it in ads paid for by the National Republican Senatorial Committee. But JStreetPAC was able to quickly mobilize to support Cortez Masto, and in just 24 hours raised more than double the sum invested in the attack ad.

Cortez Masto is just one of many candidates running in key Senate races who have not hesitated to fully embrace the agreement – and to question their opponents for seeking to undermine American diplomacy and to move us dangerously close to another war. In Illinois and Wisconsin, incumbent Senators Mark Kirk and Ron Johnson are in real political peril, and their hawkish track record of obstructing the President’s effective Iran diplomacy is proving difficult to defend to their states’ moderate electorates. Far from fearing the wrath of a powerful right-wing pro-Israel establishment, Democratic challengers Tammy Duckworth and Russ Feingold are wielding their support for the agreement as a major political asset.

Come November, we can expect election results to confirm what we already see: the old political playbook for dealing with the Middle East and Israel has been torn up. The days of both parties catering to a tiny hawkish minority in the pro-Israel community and in the electorate at-large are over. Smart candidates are espousing a diplomacy-first, pro-Israel, pro-peace foreign policy vision that resonates with the majority of Americans and American Jews.

That’s good news for our national security – and for the future of American politics.

Ben Shnider is the National Political Director of J Street.

The Iran Deal is Good Policy and Good Politics